Logic Pro is back with a vengeance, with all new instruments and effects and the incredibly impressive Flex tool. If you're feeling overwhelmed by Logic, this tutorial series is perfect for you!

In Level 1 of this 3 part series we're going to start from scratch and give you all the knowledge you need to start using Logic. You'll learn everything from basic setup to editing and looping regions. We're also going to delve into a lot of the new features like Flex Time, Audio to MIDI conversion, and the new Pedalboard and Amp Designer plug-ins. If you're new to Logic, then this is a great starting point. If you've been using Logic for a long time, this tutorial is perfect for bringing you up to speed on whats new in Logic Pro 9.

Apple Logic Pro makes it easier than ever to translate your ideas into music. This tutorial will guide you through the basics of using this powerful software. 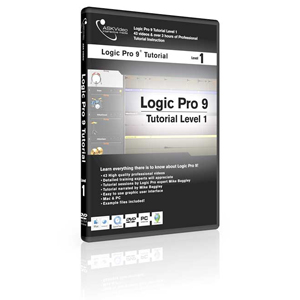