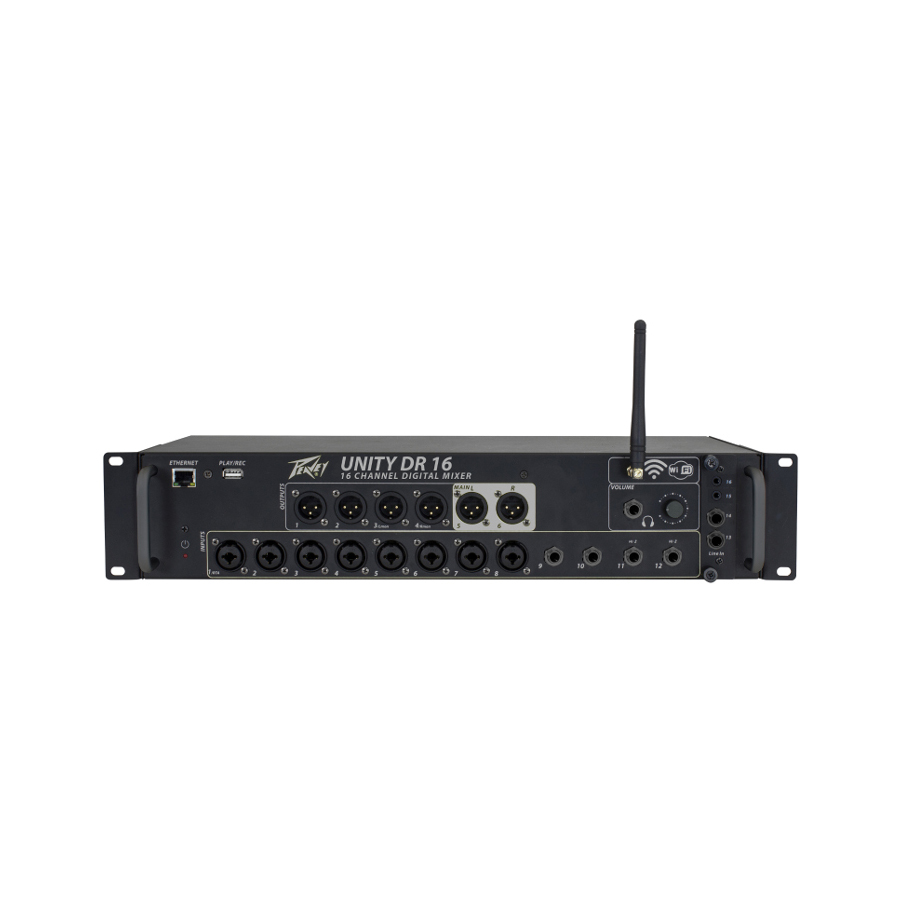 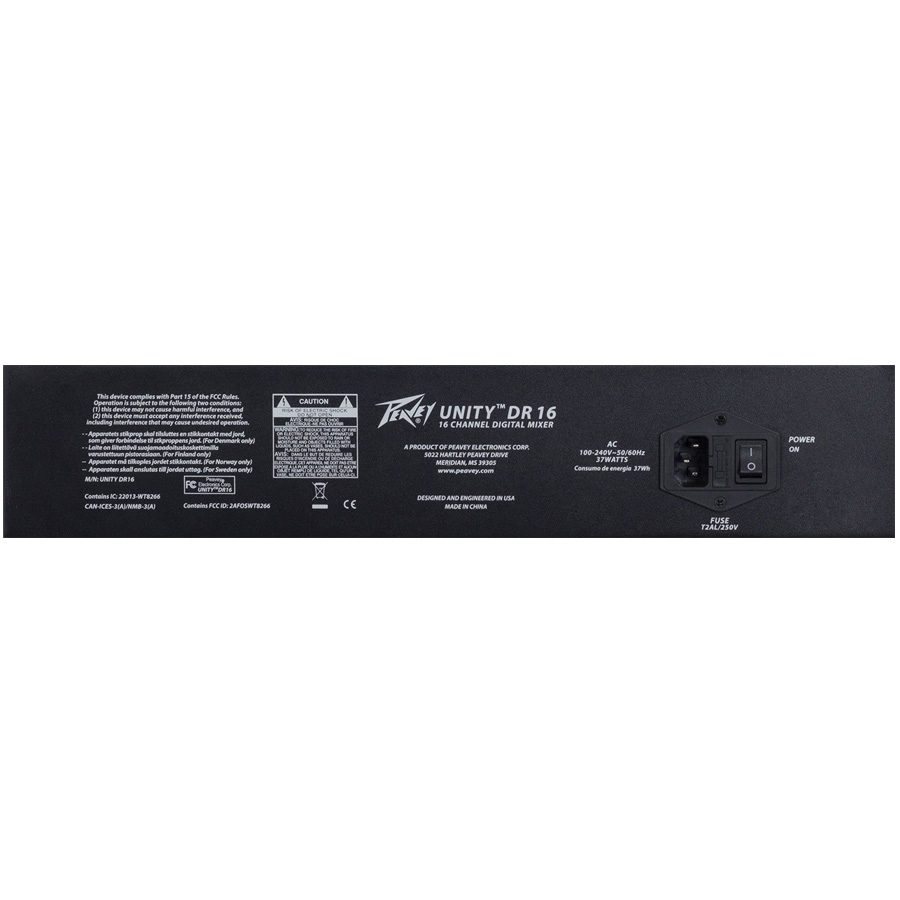 In its standard configuration, the UNITY DR16 offers 16 inputs, with eight of those inputs boasting Peavey's world class Silencer™ mic preamps. The inputs have a Priority Ducker as well as the ability to group MUTE and SOLO, and all of the input EQs have the Classic Peavey Mid-Morph™ EQ, which enables the user to easily tune in optimal tone. All of these features, plus the two Feedback Eliminators that are assignable to mic input channels, make the UNITY DR16 a top-of-the-line pick for its category.

With 4 effects processors and highly advanced reverb algorithms, the UNITY DR16’s onboard effects are more than enough to meet the user’s needs. Don't want to be tied down to the mixing board? The UNITY DR16 features a unique mixed network configuration of up to 10 Ethernet and 4 Wi-Fi connections at the same time! The user can update firmware over these connections for even more convenience. Wi-Fi connectivity also allows the user to adjust the console from the stage or live room via the Peavey app (available for iOS/Android/Mac/PC) to get the sound just right.

All UNITY DR16 outputs feature a parametric EQ, a 31-band graphic EQ in cascade and an automatic feedback eliminator. The mixer's advanced monitoring capabilities allow selectable monitor sources, as well as the ability to leverage Aux 3/4 as stereo or mono monitor sends. The UNITY DR16 features real solos on the monitor for all inputs, Aux, and Efx (all solos go to the monitor with the levels assigned in their respective busses). SOLO even applies to the DCA, of which there's an abundant 4 on board. If headroom is a concern, the Clip Limiter ensures no clipping even when exceeding the input level or internal process gain levels.

The UNITY DR16 also offers unprecedented expansion and extension. Expand the mixer’s inputs by combining multiple DR16s to add 12 input channels for every connected DR16. An Extension Card provides the option to make input channels 13 through 16 analog unbalanced/balanced inputs, S/PDIF, or Dante, with other options to come. 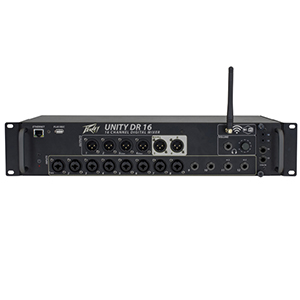