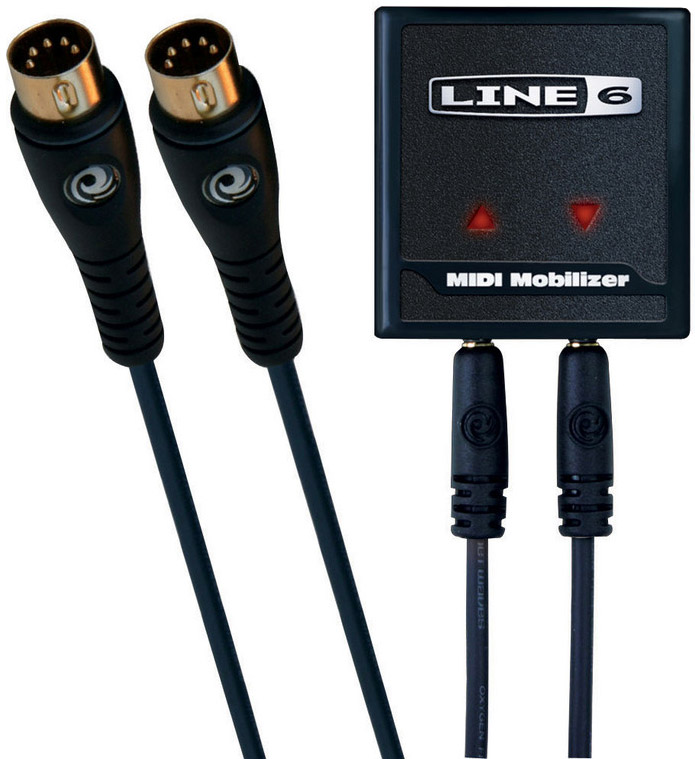 MIDI Mobilizer from Line 6 is truly one of a kind. Not only is it the world's only hardware MIDI interface for the Apple® iPod touch®, iPhone® and iPad® – it's also the most portable system in the history of MIDI. Connect it to a supported Apple mobile device to play, record and store MIDI information anytime, anyplace. Transform your Apple mobile device into a MIDI control surface, synth, sequencer or complete music production studio with new apps available now on the Apple App StoreSM.

Go mobile.
Stop dragging around your computer – bring the most portable MIDI system ever. Powered by your iPod touch, iPhone or iPad, MIDI Mobilizer delivers the fastest, lightest and easiest way to manage all your sounds, sequences and other MIDI data, and to have creativity on the go. No more waiting for your computer to start up, and no more lugging it to gigs.

Apps turn your Apple product into a complete music production studio.
Dozens of developers all over the world have been creating exciting apps for MIDI Mobililzer. Turn your iPod touch, iPhone or iPad into anything from a MIDI control surface to a high-quality synth, to a multi-track sequencer, to an advanced arpeggiator, to a complete music production environment. More apps are being released all the time – all ultra-mobile! Get the apps on the Apple App Store.

Bring your backups with MIDI Memo Recorder.
MIDI Memo Recorder is a free app from Line 6 that backs up and transfers your MIDI parameters from all your MIDI gear including Line 6 amps, POD® products and more. Rescue yourself from dreaded on-stage equipment failures. With MIDI Mobilizer you can import your MIDI sound data into replacement keyboards, and nearly all classic and modern MIDI equipment. Now you can rent gear at your destination instead of traveling with it – just take your data, Apple device and MIDI Mobilizer!

Quick capture of musical ideas and inspirations.
MIDI Memo Recorder and other third-party apps let you record MIDI whenever inspiration strikes. In the time it takes to fire up your DAW you'll be making music and documenting your ideas.

MIDI Memo Recorder app.
Free on the Apple App Store, the MIDI Memo Recorder app from Line 6 is a simple way to record and play any MIDI data from any MIDI device. Its streamlined interface makes it easy to store, find and recall all your synth sounds, POD® patches, musical inspirations and more. Plus, MIDI Memo Recorder makes sending music to collaborators easier than ever. Email your music as an SMF (Standard Music File) that can be opened and edited within virtually all Mac® or PC-based digital audio workstations or transferred to your computer via iTunes®. 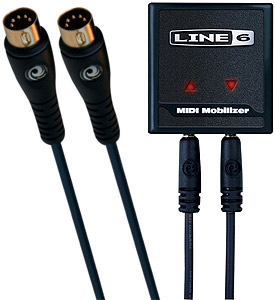