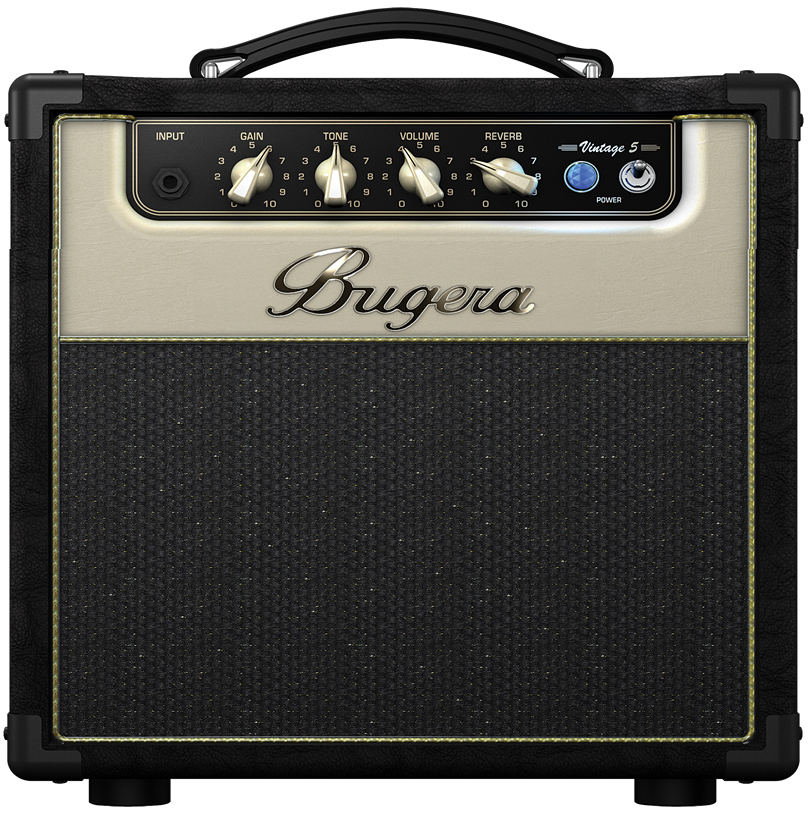 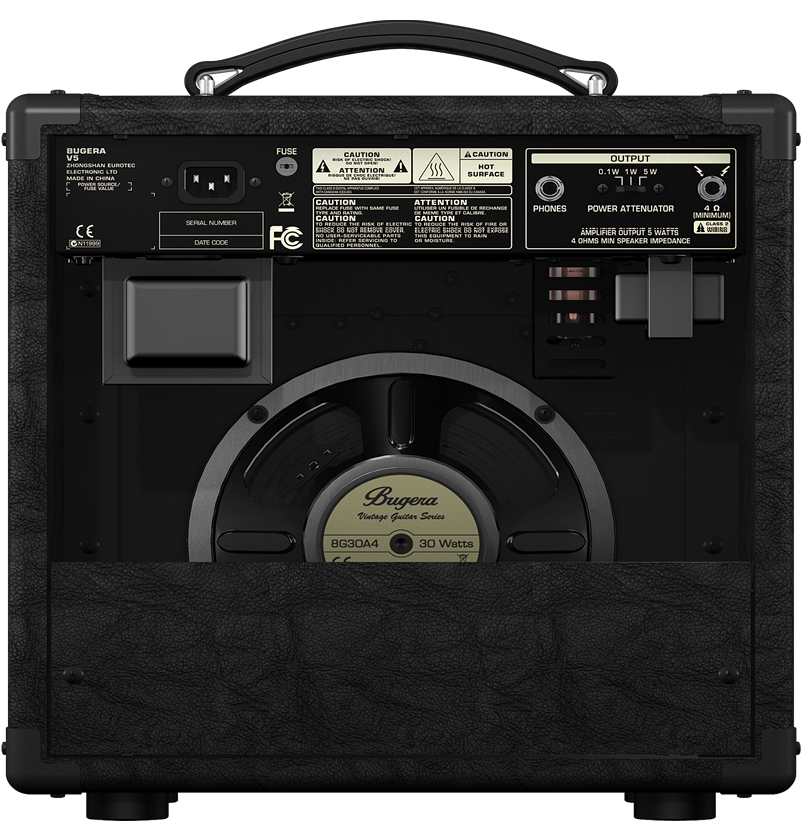 The compact Bugera V5 Tube Guitar Combo runs on 1 power and 1 preamp tube and is all dressed up in classic 2-tone vinyl. The 5W amplifier's bone-simple controls give the Bugera V5 the look of a carefully constructed nostalgia trip. In fact, in many ways, it is! But plug into this beautiful little 8" combo amp and you'll not only find a sound that's caked in real vintage raunch, but you'll also have modern features that take this sound to places it couldn't go—until now.

Rock music brings to mind amplifiers as big as skyscrapers, dishing out irreversible ear damage at ruthless volumes. But a studio secret among guitar greats is that little low-watt valve combos like the V5 can be maxed out for red-hot overdriven tone without blowing fuses or incurring any property damage.

The Bugera V5 is a living, breathing homage to those half-pint screamers of the past, but with 2 very important improvements. See, this amp may be small, but 5W in Valvesville is still loud as hell when it's sitting in your bedroom. That's why the V5 combo amp features a switchable power attenuator —to reduce the amplitude of the signal without changing its sound—so you can run it at 5, 1, or 0.1 watts.

Finding a headphone out jack on an all-valve guitar amp is incredibly rare because the integration requires loading the output transformer and filtering the signal for a loudspeaker simulation. (Translation: it's a real pain in the patoot!) But true to form, Bugera has gone the extra mile to make late night practicing possible. Just plug a pair of headphones into the 1/4" phones jack on the back panel, and you're ready to keep the V5's all-valve sound all to yourself.

Then again, if it's more volume you need, the Bugera V5 amp has a 1/4" Speaker Out jack to connect an additional speaker with a minimum impedance of 4 Ohms.

With a Bugera V5 Tube Combo amp in your home or studio, your tonal woes are over. The V5 brings the true sound of an antique 5W valve amp. It's built to survive abuse, and its price tag is tons lighter than the ones you'll find tied to its elders. Adopt a Bugera V5 tube combo amp today and get ready to pack 60 years of sonic inspiration into your recording or practice sessions. 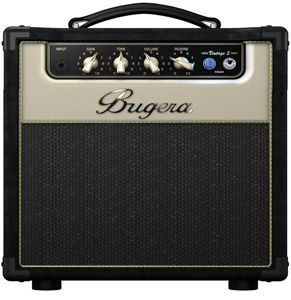