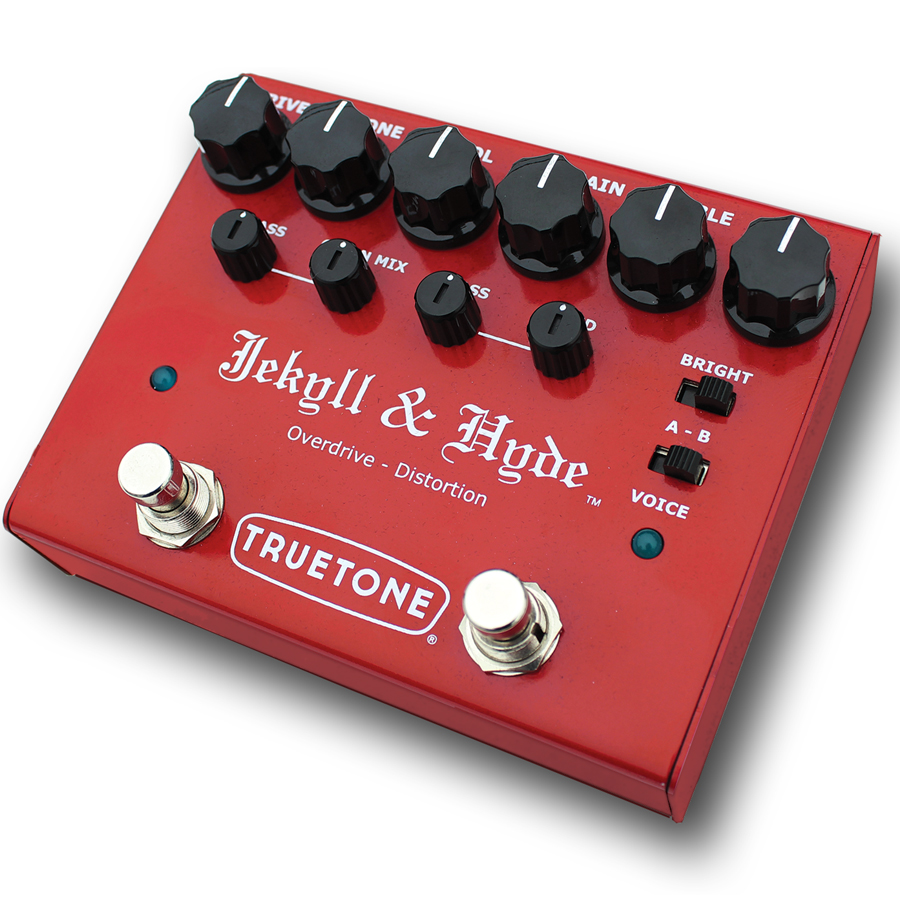 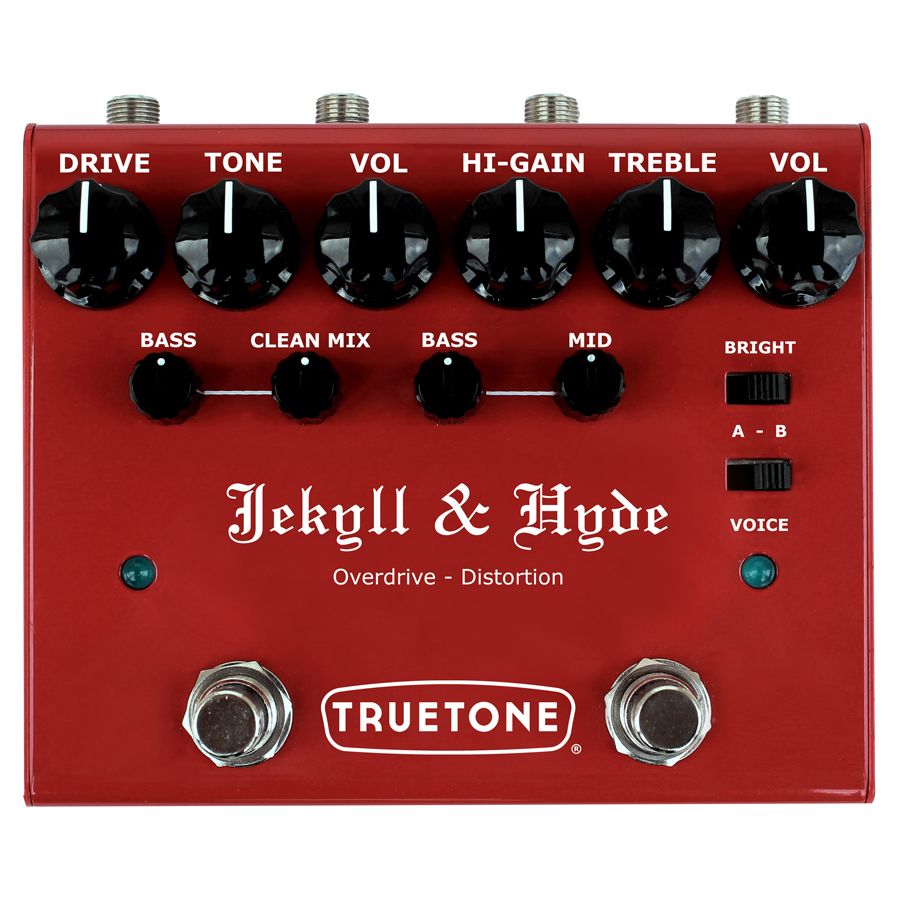 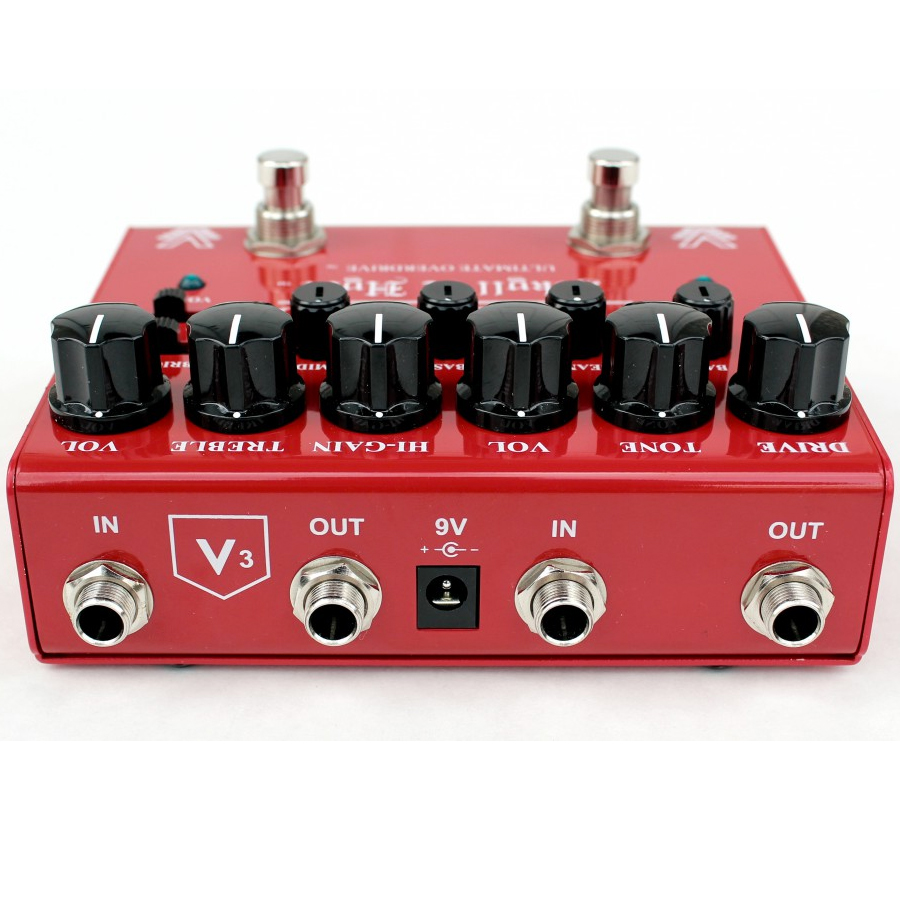 Bob Weil and Visual Sound first introduced the Jekyll & Hyde pedal to the world in 1997. It was the first true dual effect pedal for guitar players, ever. It was an immediate hit and the rest, as they say, is history.

Visual Sound is now TRUETONE, and the new V3 Series Jekyll & Hyde has been re-designed from scratch by Weil and RG Keen to meet the demands of today's players. With more flexibility, more great tones, and better construction than any of its predecessors, you're going to love this new incarnation of a historically great pedal.

The distortion channel (a.k.a. "Hyde") is the same great distortion that Hyde was always known for, but with 2 major upgrades. It now includes a Bass knob which interacts with Treble so you can shape your tone precisely. There is also a new Voice switch which allows you to choose between classic open distortion or a more saturated tone.

The overdrive channel (a.k.a. "Jekyll") has changed completely, making it even more compatible with Hyde. Jekyll is now based on our old Open Road pedal, but with added Bass and Clean Mix knobs.

If you've used or owned a previous version of Jekyll & Hyde, you owe it to yourself to try out the new V3 version.

"Just got my V2 Jekyll and Hyde out of the box. By far the BEST distortion/overdrive ever. Haven't even really had that much time to tweak it and it already sounds 100 times better than any pedal I've ever spent hours and hours tweaking. I think I just became brand loyal." - Blake T. (...and the V3 version is even better!) 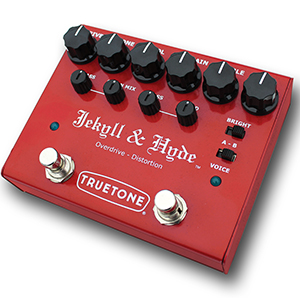