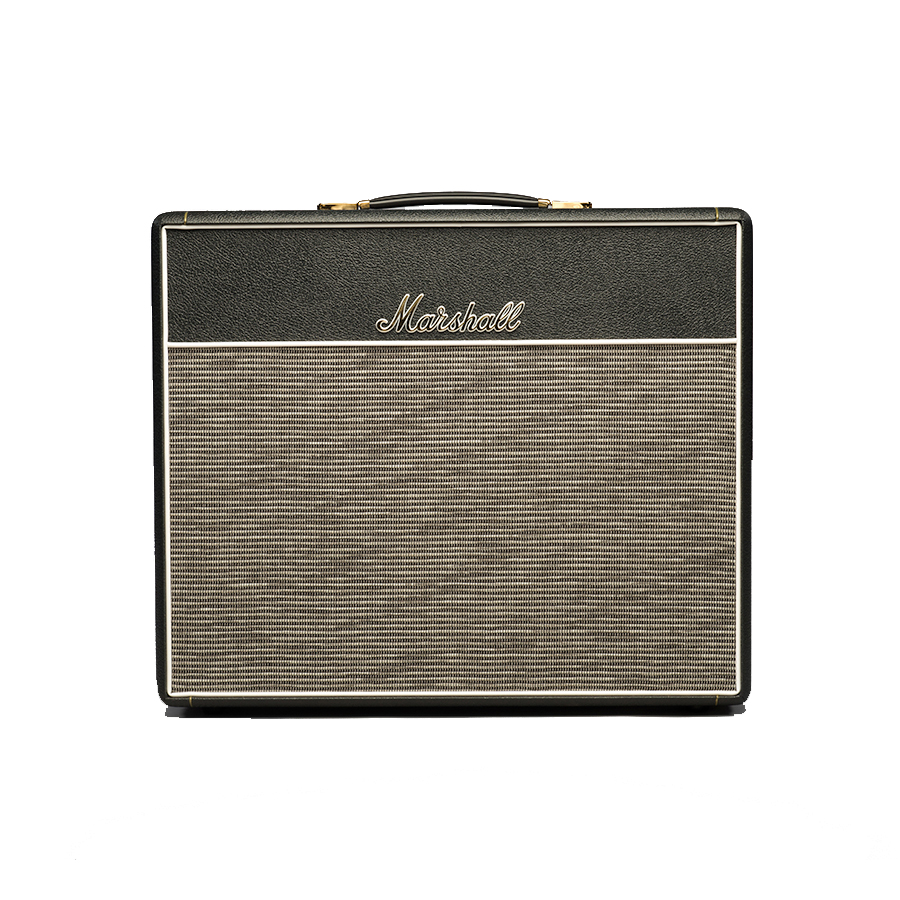 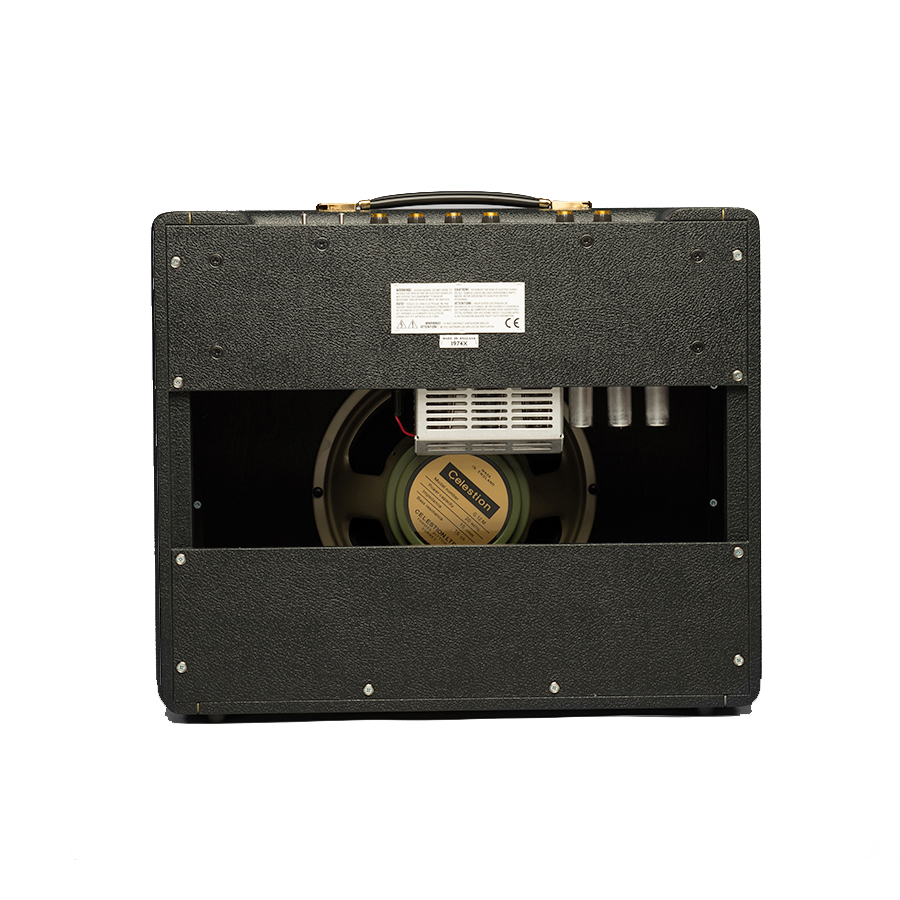 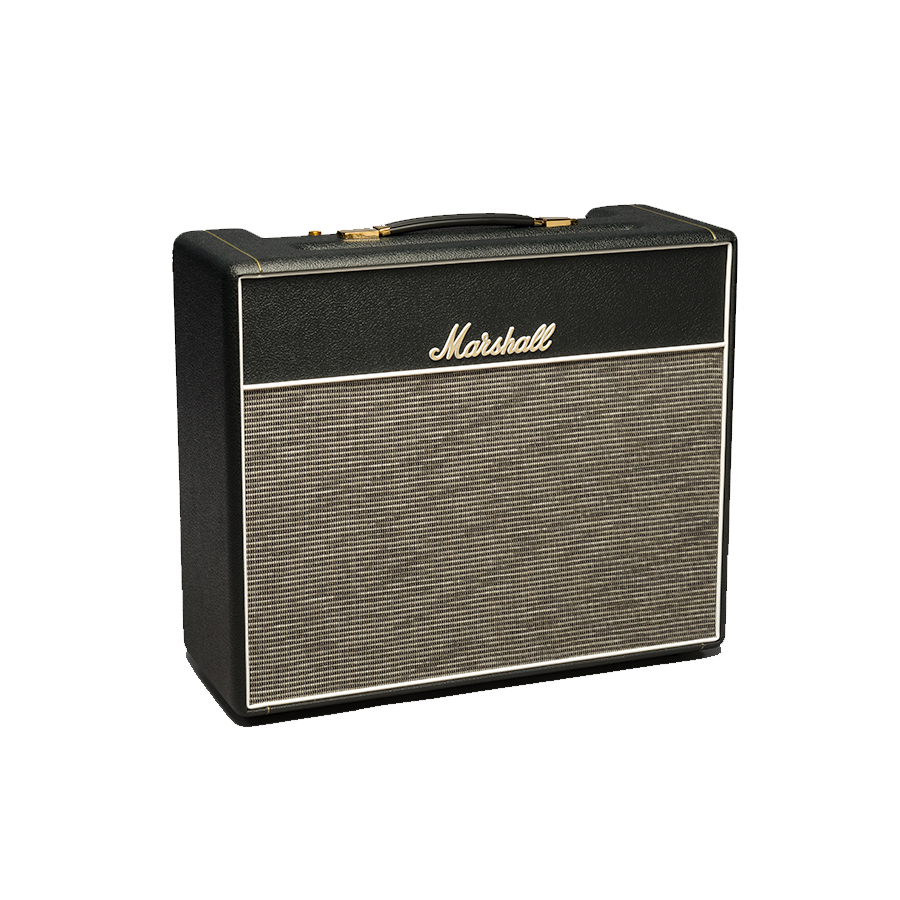 The 18 Watt 1974X is a re-issue of the fabled 1974 dual channel, all-valve combo, produced between 1966 and 1968. Just like the original, the 1974X is hand soldered, with an aluminum chassis, and has a valve-driven Tremolo circuit. Its two-channel design is straightforward and effective – just volume and tone controls on channel one and volume, tone, speed and sensitivity on the Tremolo channel.

Because of its lower Wattage, the 1974X power valves will overdrive sooner than an amp of higher power. This means that the 1974X produces harmonically rich and sensitive, vintage Marshall tones at volumes that won't shift your hearing; this is great for the studio and gives you greater control of live sound. That said, flat out it still packs quite a punch.

The T1221/67 Greenback speaker used in the original 1974 combo would mature over time, with its sound softening with age. The special 12" 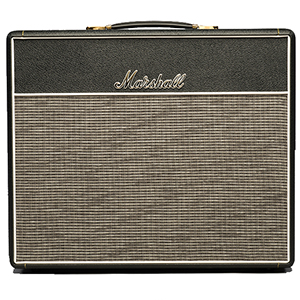