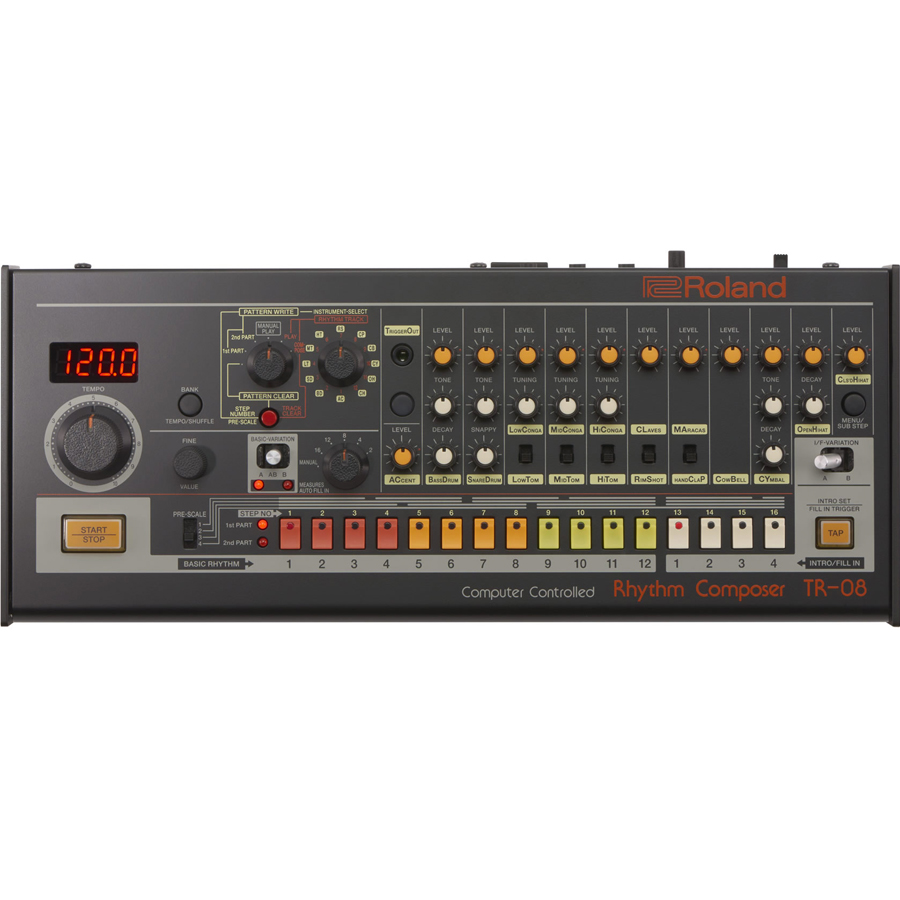 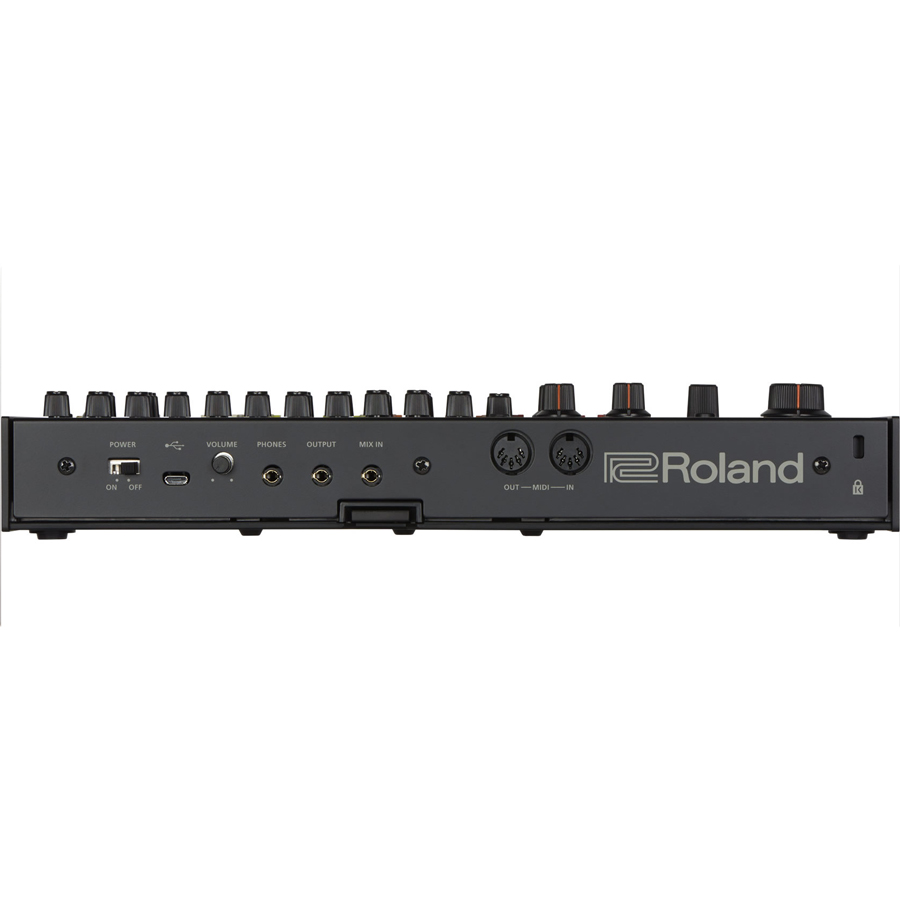 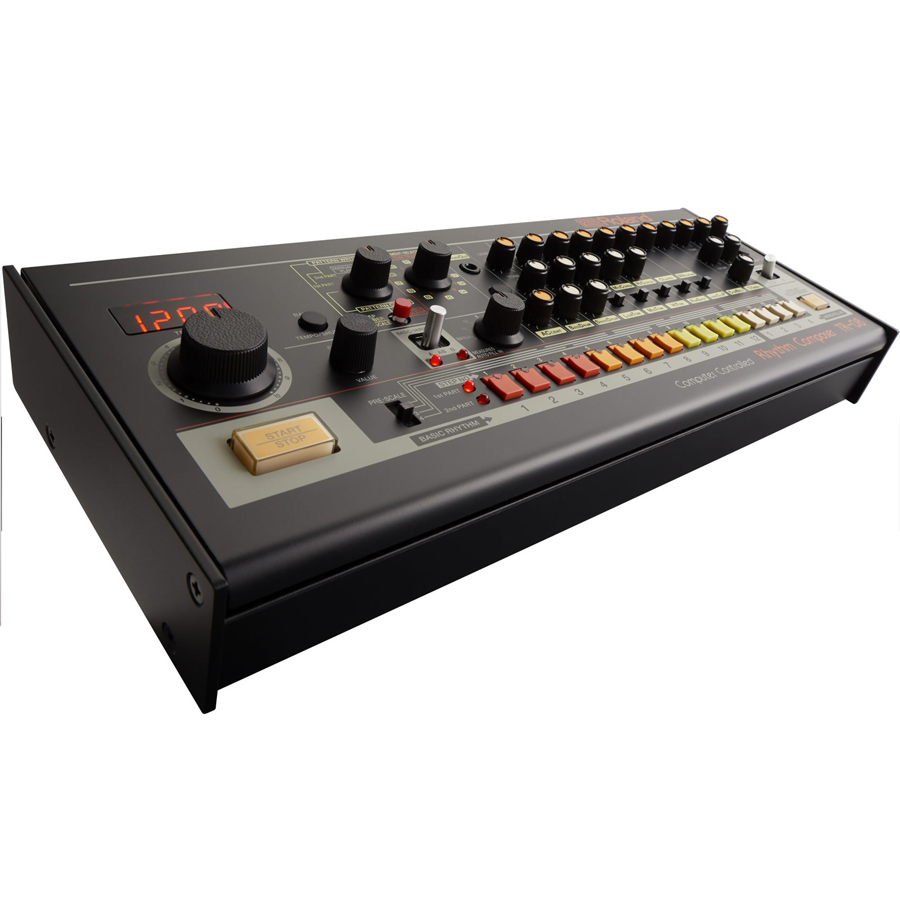 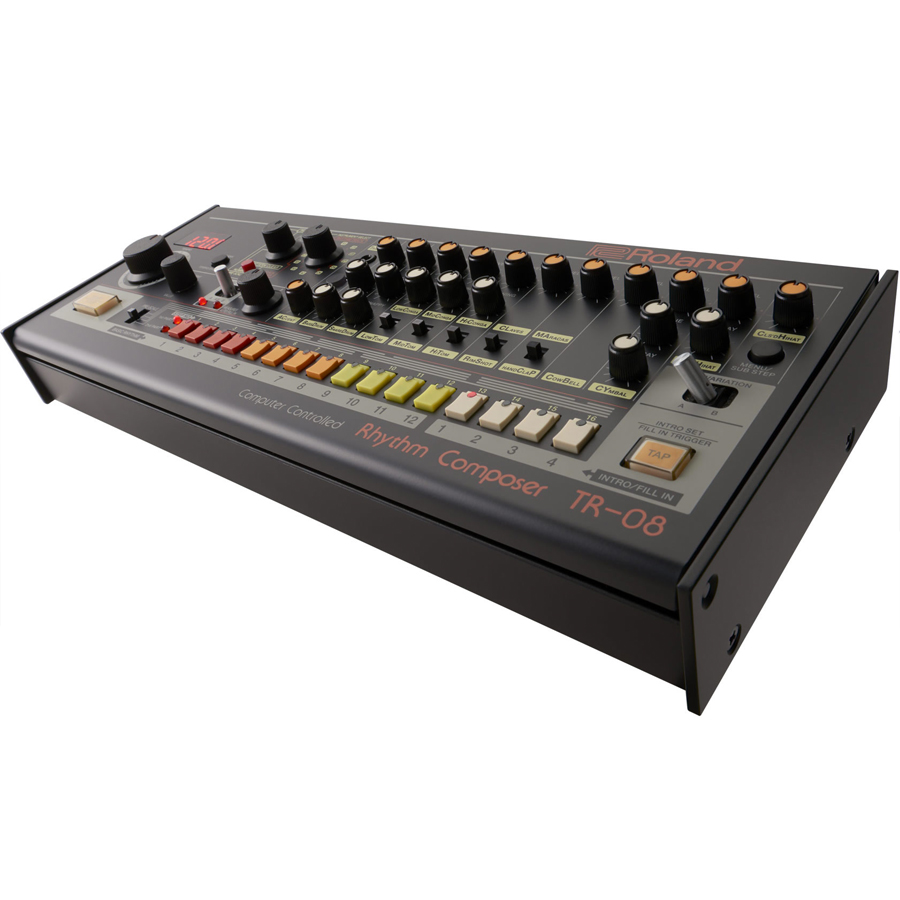 The TR-08 is an obsessively detailed and faithful replica of the legendary TR-808—easily the most famous and influential drum machine ever made. After creating a monumental shift in the sound of music, the “808” has continued to shape and define entire genres. Beloved by musicians and producers the world over, it’s one of the most revered and sought-after electronic musical instruments of all time. The TR-08 brings the look, sound, and feel of the original 808—with stunning accuracy—to the Roland Boutique format. It blends attention to detail and respect for legacy with modern convenience and reliability.

The Boom in the Room

The TR-808 arrived in 1980 to an unsuspecting and somewhat bewildered public. To many at the time, its purely analog sound and range of tweakable parameters didn’t exactly deliver “traditional” drum sounds. It wasn’t until adventurous musicians and producers got their hands on the TR-808 and started tweaking those knobs that the world would fully realize the sonic impact it would leave on music forever. For the next three decades, the sizzling hi-hats and snappy snare, the robotic, clicky rim shot, the unmistakable cowbell, and yes, that booming bass drum, would be heard on many thousands of tracks. Worldwide hits, underground classic, and entire genres were spawned. Its influence is so deep that it’s been name-dropped in famous tracks, had albums dedicated to it and bands named after it, and even been the subject of a feature-length documentary film.
A New Generation of 808

Time has not diminished the TR-808’s influence. New genres continue to make use of the 808, with some utilizing it as the main instrument and defining sound of the style. Sure, you can use samples of a TR-808, but there’s nothing quite like the real thing. The 808’s user interface with its buttons, knobs, and switches, and the odd quirks of how the sounds interact with each other—they’re all vitally important to conjuring up that real 808 mojo. And you know it when you hear it.

The new TR-08 adds some thoughtful and modern touches to the classic formula. The sequencer has 16 sub-steps per step, so you can create detailed snare fills and intricate, rolling hi-hats. It also has a track-selectable trigger out for working with other instruments like the TB-03, SH-01A, or modular gear. An unobtrusive LED display provides finer control of tempo and shuffle. You can step-program or tap in your parts in real-time without stopping to change modes. Everything sends and receives MIDI control messages and it even supports audio and MIDI over USB.
Portable. Affordable. Authentic.

Original TR-808s are big and heavy, and their rarity makes them extremely expensive and sought-after on the used market. Because of this, many have resorted to 808 sample packs or hardware knockoffs. But there’s something about the colors and controls and, of course, the sound of a genuine TR-808 that brings home the sound of so many classic tracks. The TR-08 accurately recreates the ingredients that make an 808 so special. The interface, while miniaturized, is 100% authentic. The sound is vibrant and alive thanks to our proprietary Analog Circuit Behavior (ACB) technology. We use ACB to carefully recreate all the details and quirks of the original hardware by modeling each analog circuit, right down to the component level.

Not only does the TR-08 look and sound the part, but it also has some modern features and conveniences. With all this beat-making power, it would be a shame to keep it shackled to the studio. After all, inspiration can strike anywhere, and drum machines are fun to play live. The TR-08 is literally small enough to take just about anywhere. It’s ruggedly built with sturdy knobs, buttons, and switches. It has several tilt options for easy viewing in various live and studio scenarios. It can be a low-latency, portable audio interface. It has a built-in speaker, and even runs on batteries for when the beat absolutely must go on. With all this power and flexibility, you may be most surprised by the TR-08’s affordable price, which puts the legendary 808 vibe within reach of just about anyone who’s ever dreamed of owning the iconic original. 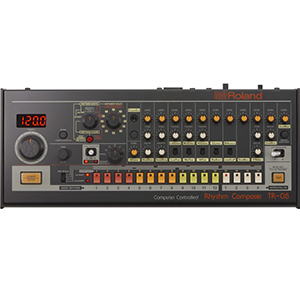