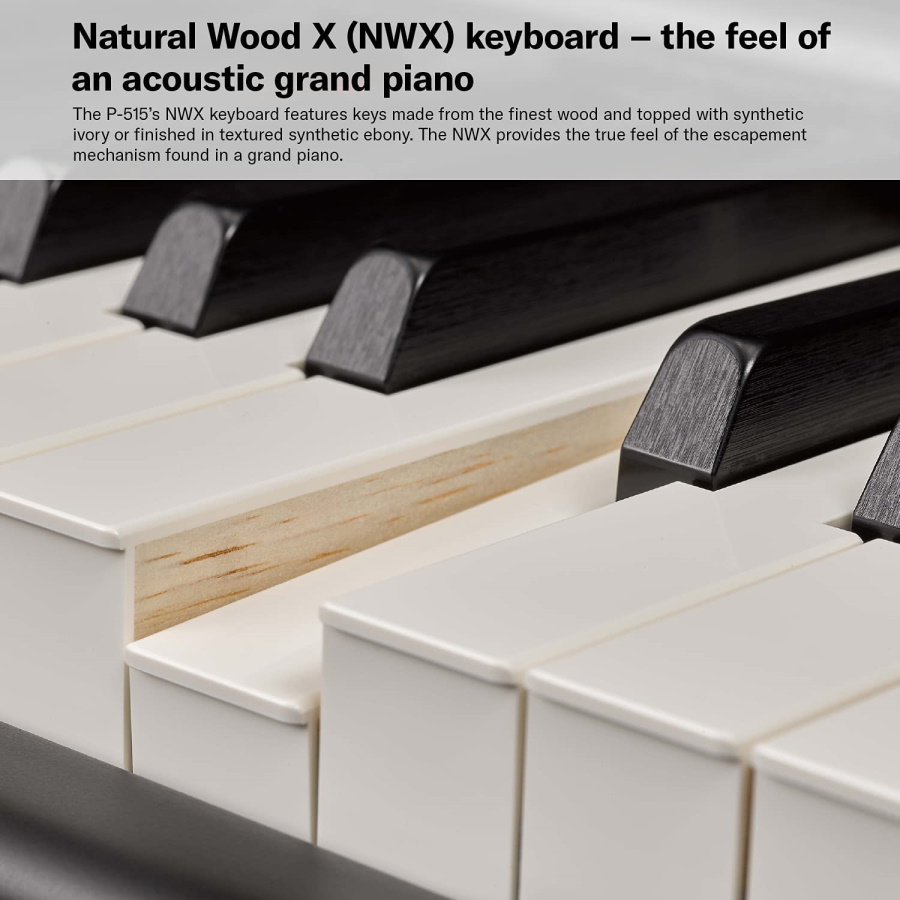 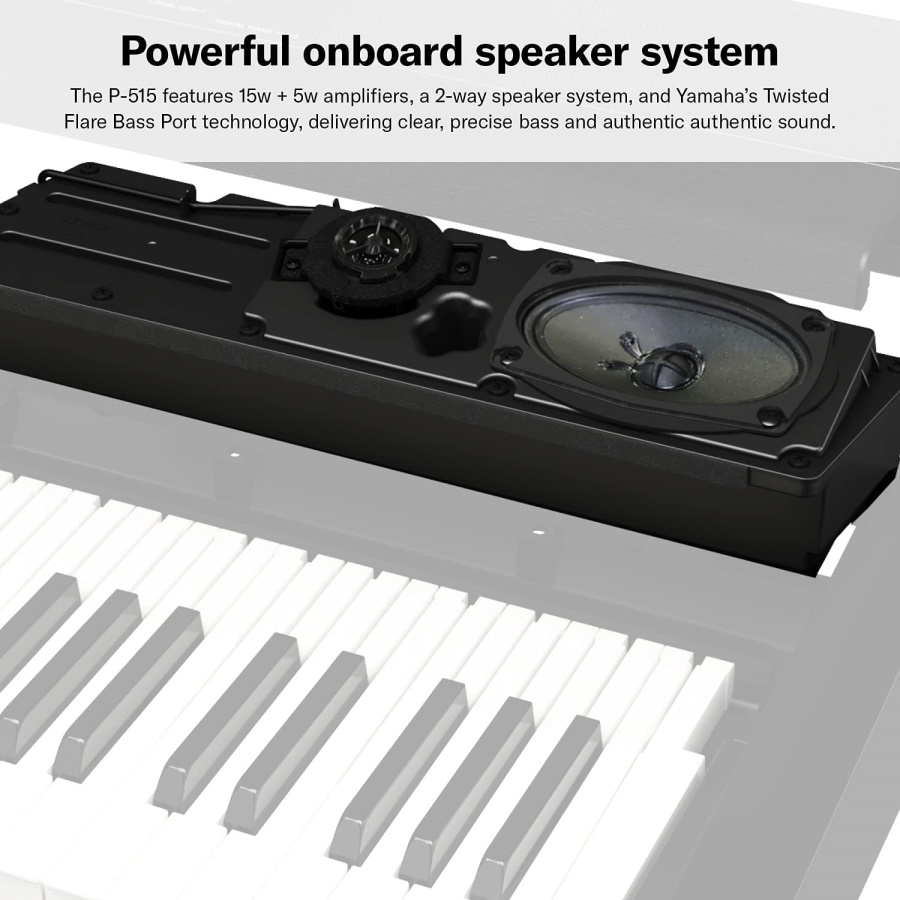 The white Yamaha P-515 offers piano sounds created with samples from two of the world's finest pianos, the Yamaha CFX concert grand and the Vienna-made Bösendorfer Imperial grand, built into a slim and portable digital piano. It features an 88-key keyboard with Natural Wood X (NWX) weighted keys (as found in traditional pianos) and Enhanced Virtual Resonance Modeling (VRM) technology (the distinctive reverberation generated by a concert grand piano), and delivers an authentic piano-playing experience, great whether you're learning to play or if you are an experienced player.


The P-515 is equipped with a built-in speaker system that delivers a clear and immersive sound for playing at home or even in small venues. There are two headphone jacks for practicing quietly, playing duets, or teaching a student. The headphones support Binaural Sampling and Stereophonic Optimizer technologies, which recreate the three-dimensional perspective of the player position through headphones, as well as a sensation that the sound is coming directly from the piano, rather than from the headphones.

The piano offers 40 voices including eleven pianos, along with electric pianos, organs, strings, and more. The Piano Room function lets you create and save a custom piano sound by adjusting the various parameters such as lid position, string resonance, damper resonance, touch response, and more. In addition to a simple metronome, the P-515 also comes with 40 rhythm patterns in a variety of musical genres for playing along with drums and bass accompaniments. An onboard recorder allows composers/songwriters to record their songs as WAV and/or MIDI files and transfer them to a computer via the USB ports.

The P-515 is integrated with the company's Smart Pianist app (available separately), which allows you to access the songs in your iOS device's music library and create a chord chart, so you can play along with recordings of your personal favorite songs. A built-in Bluetooth audio receiver enables you to turn the unit into a sound system and stream music from your phone, tablet, or Bluetooth-enabled device.

The keyboard ships with an FC4A piano-style switching sustain pedal, a music rest, and a PA-300C AC power adapter.