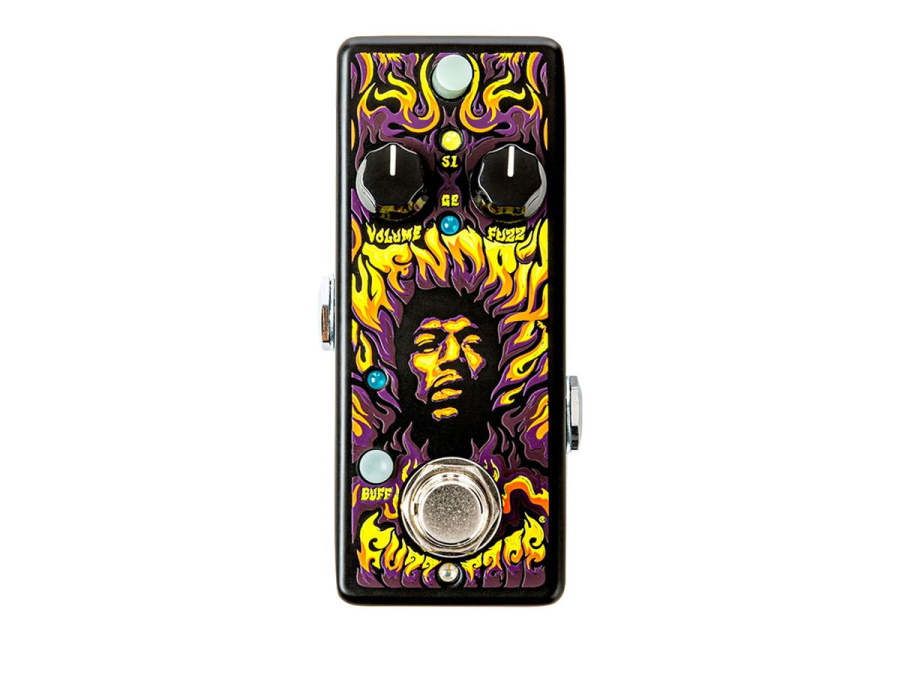 This pedal combines the two different flavors of Fuzz Face Distortion tones—aggressive silicon-based crunch and smooth germanium-based saturation—that Jimi Hendrix used throughout his career, all in a mini MXR housing modern appointments such as a status LED, true-bypass switching, and a 9-volt power jack. Emblazoned with the trippy, kaleidoscopic designs of award-winning UK-based design crüe ILOVEDUST.

Jimi Hendrix was a pioneer on the frontier of fuzz, experimenting with numerous flavors and shades throughout his career to imbue his riffs and leads with just the right attitude and texture. The Fuzz Face Distortion, in all of its incarnations, was the fuzz pedal that he used more than any other.

The Authentic Hendrix ’69 Psych Series Fuzz Face Distortion captures two different flavors of Jimi Hendrix fuzz tones in a single mini housing with all the appointments today’s players demand. In its default mode, this pedal discharges the aggressive silicon-based crunch that that Jimi Hendrix used in the latter part of his career. Hitting the SI/GE switch engages the warm, smooth saturation of germanium-based fuzz that he used in the early years. This pedal also uses buffered bypassing by default, allowing for a greater range of tones and full cooperation with wah pedals such as the Jimi Hendrix Cry Baby Wah. The tonal purists out there will be happy to know that a Buffer switch allows for true bypass switching.

It all comes in an MXR mini housing dressed in the trippy, kaleidoscopic designs of award-winning UK-based design crüe ILOVEDUST. 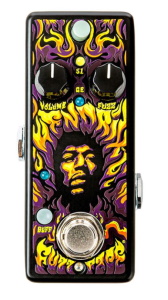