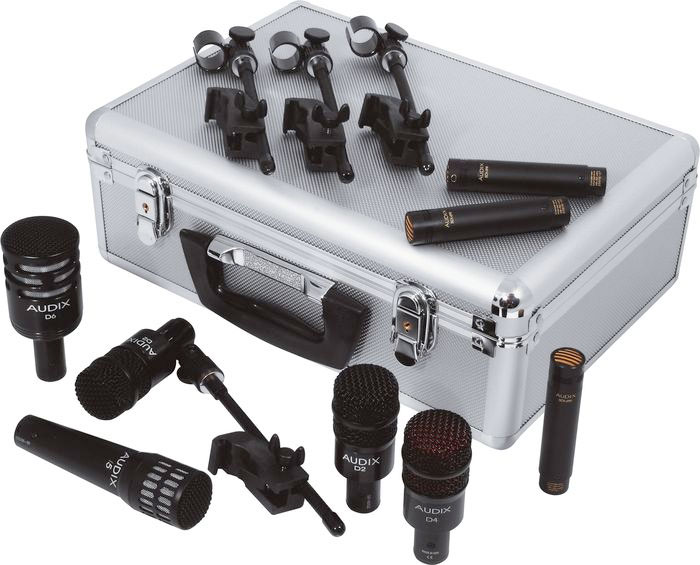 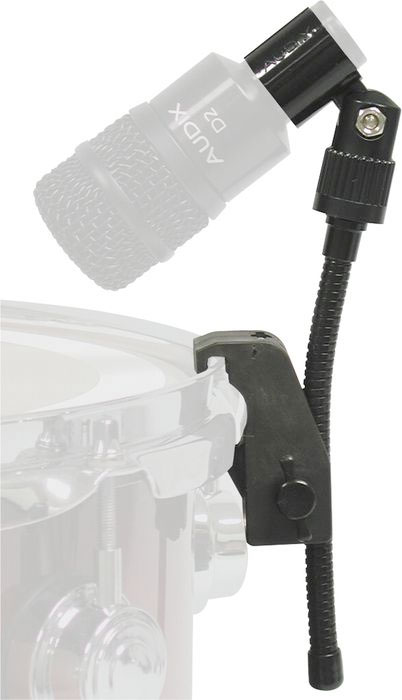 The DP Elite 8, as the name implies, is the ultimate combination of 8 microphones needed to mike up a 5-piece drum kit. All mics perform equally well whether it be on a live stage or in the studio.

Included in the DP Elite 8 drum mic package is the D6, Audix’s flagship kick drum mic, two- D2’s for rack toms, one D4 for floor tom, the i5 for snare, a pair of SCX1C’s for overhead miking, and the SCX1-HC for high-hat. Also included are four D-Vice rim mount clips for the snare and tom mics, and three heavy duty tension fit mic clips for the SCX1 microphones. Everything is conveniently packaged in a foam-lined aluminum carrying case road case for safe keeping when the mics are not in use.

D6 - Kick Drum The D6 has a frequency response of 30Hz-15kHz and is characterized with a cardioid pick-up pattern. The D6 is designed to sound good in any position and it is not dependent on finding the "sweet spot" of the drum. The D6 capsule features the same legendary VLM technology that has made the D series percussion and instrument microphones very popular for today’s live stages and recording studios.

i5 - Snare The i5 has the ability to capture the rich, deep resonance of the snare along with the attack necessary to cut through the mix. The i5’s cardioid polar pattern allows it to focus on the specific instrument that is being miked while rejecting other instruments or ambient noise on stage. With a smooth and uniform frequency response of 50 Hz-16 kHz and an ability to handle sound pressure levels in excess of 140 dB, the i5 can be also used for a wide variety of instrument applications including percussion, guitar cabs, and vocals.

D2(two) - Rack Toms For bringing out the real, dynamic sound of toms or congas, the D2 cannot be beat. The D2 accurately reproduces the warmth and overtones of the instrument without sounded harsh or boomy. The D2, which is very natural and articulate, requires very little (if any) EQ, and because of the tight hypercardioid polar pattern, no gating is needed.

D4 - Floor Tom The D4, which provides an additional octave of low end response beyond the D2, is the perfect companion for large toms and other instruments characterized with extended bass frequencies. In fact, the D4 responds down to below 40 Hz, a remarkable feat for a microphone of the this size and performance. versatility. The D4 is characterized witha flat linear response from 40 Hz - 18 kHz making it the most versatile of all the D-series microphones.

SCX1-C (two) Overheads The SCX1-C, a pencil condenser requiring 48-52 Volts phantom power, is a highly sensitive microphones that will provide imagining and audio detail beyond your expectations. Characterized with a cardioid pickup pattern and a smooth uniform response over a frequency range of 40Hz-20kHz, the SCX1-C has been a secret weapon for many sound engineers who have become envious for their drum sound.

SCX1HC - High Hat The SCX1-HC is considered by a growing number of sound engineers and artists as the very best possible choice for high-hat, providing a level of detail and realism that is astonishing. Characterized with a hypercardioid pickup for isolation and feedback control, the SCX1HC features a machined brass body, low noise electronics, and black e-coat finish, and modular threaded capsule. 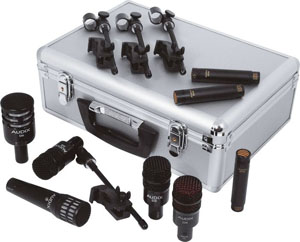