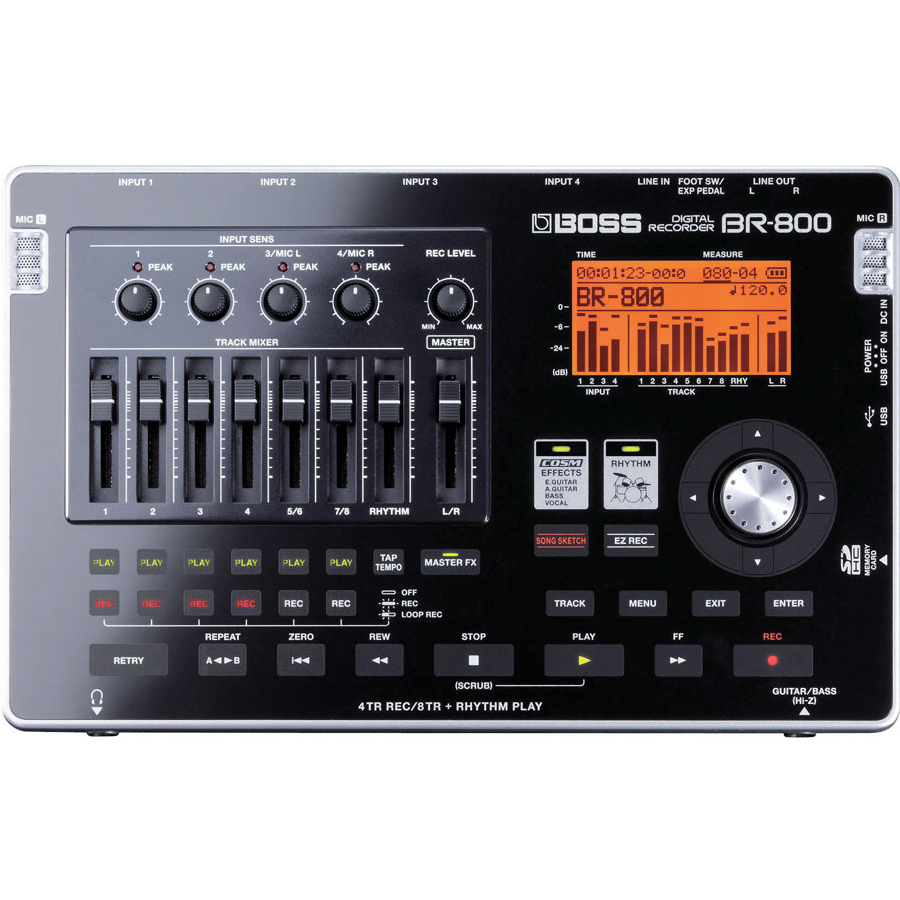 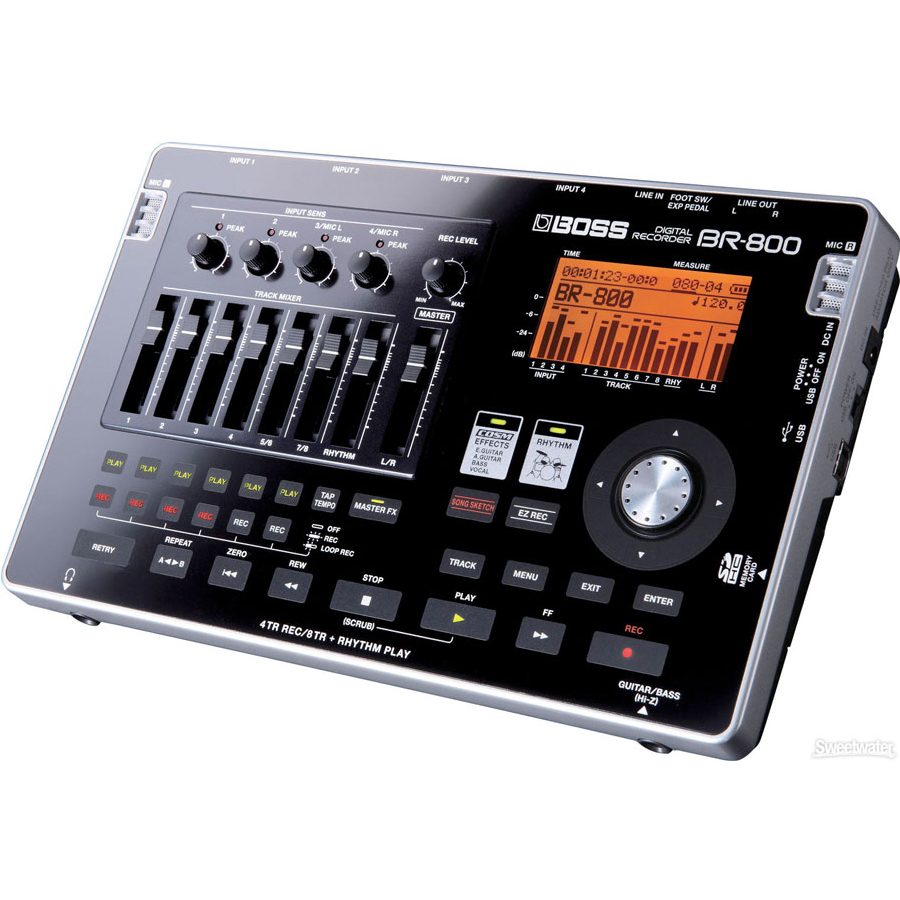 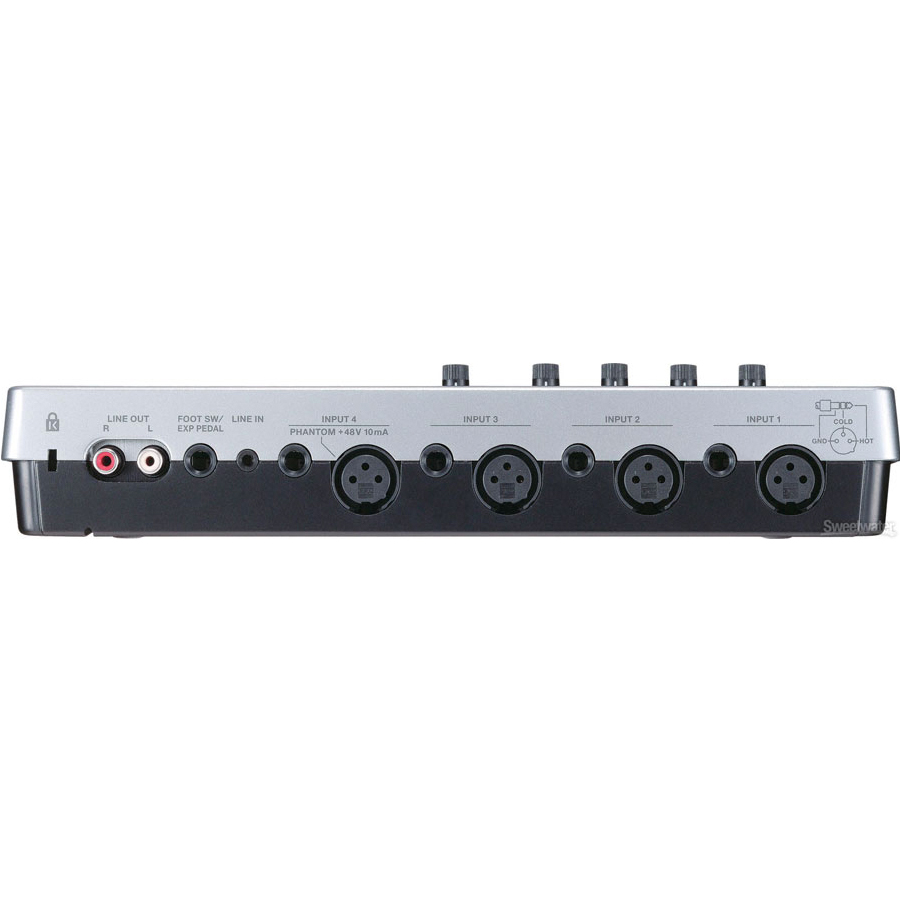 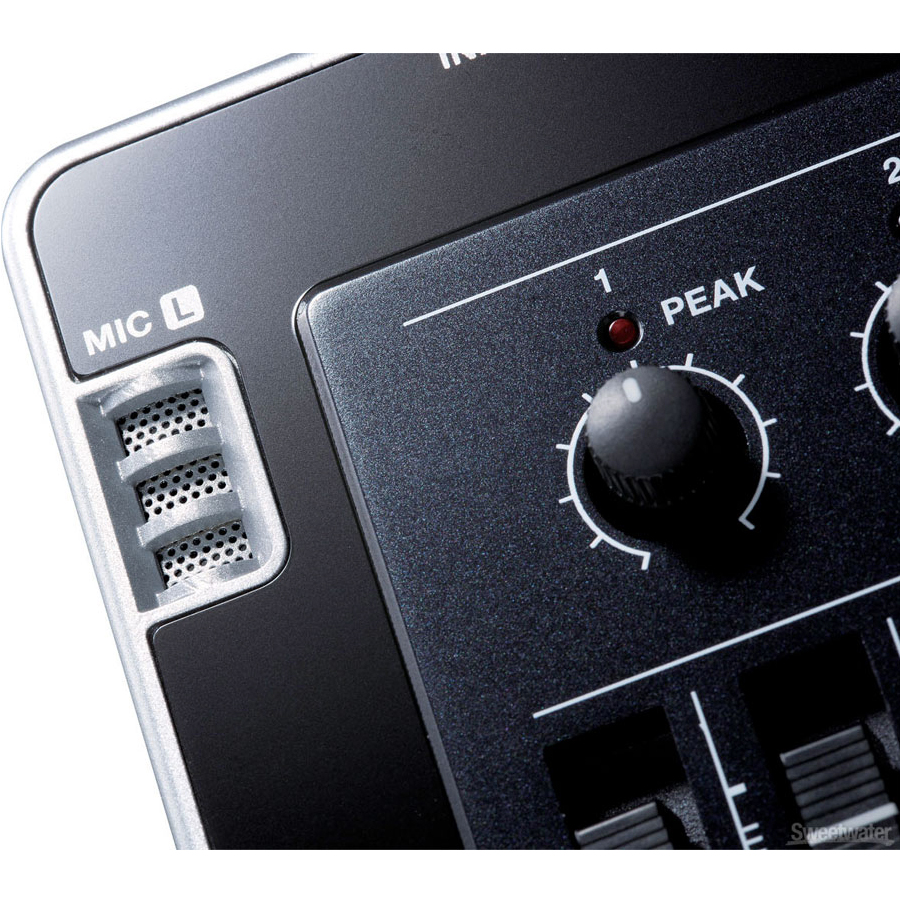 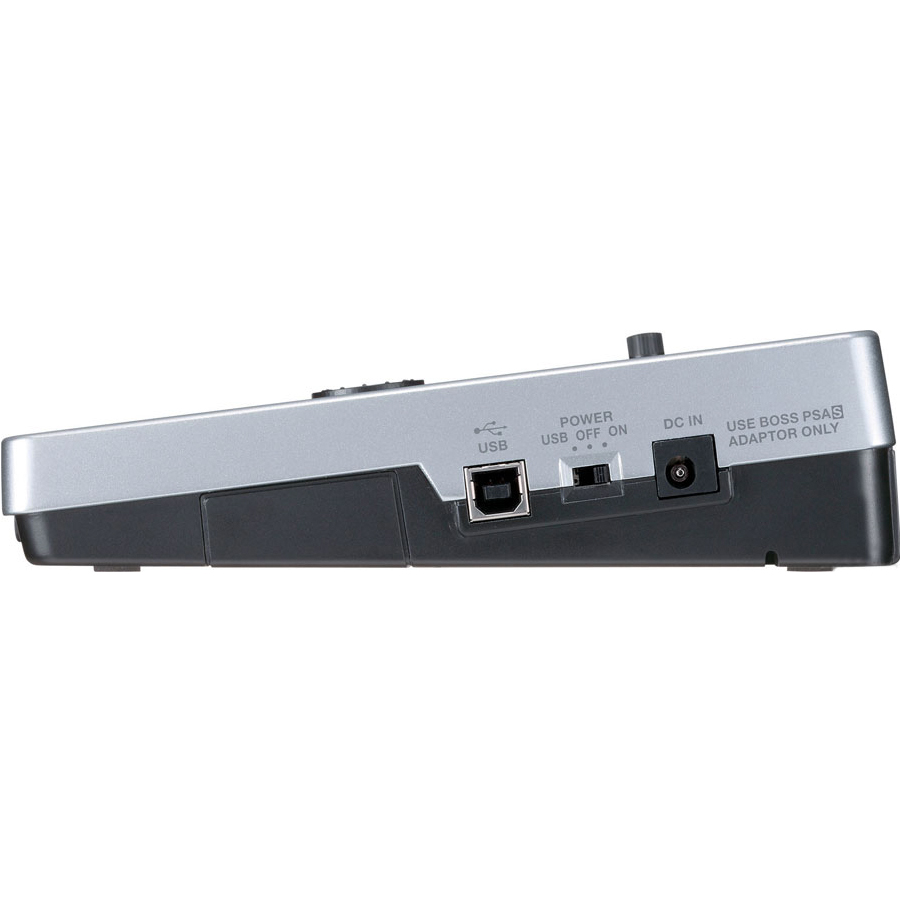 We're sorry, this product is no longer available.

BOSS knows a thing or two about portable recording. After all, their BR series has been a staple in home studios ever since home studios went digital. So it stands to reason that the BOSS BR-800 is loaded with pretty much everything that has made the BR series the go-to digital recorder for affordable portable recording. Leading the charge is 4-track simultaneous recording (8-track simultaneous playback plus stereo rhythm track playback). Add to that a passel of guitar, bass, and vocal effects culled from BOSS's flagship processors (another area in which BOSS is a widely respected leader). And you can go anywhere with the BR-800, as you can power it on six AA batteries.

A built-in mic lets you easily throw down song ideas. Plus, the built-in rhythm machine lets you take your ideas from sketches to fully formed tunes, all within the BR-800. But the fun doesn't stop there! Plug the BR-800 into virtually any USB-equipped computer, and the BR-800 instantly becomes a USB audio interface. And to get you up and running, crafting music on your computer, BOSS included a copy of SONAR 8.5 LE software, along with full audio loops and backing tracks. The BR series recorders have always been regarded as big bang-for-the-buck units, and the BR-800 continues that tradition - and throws in some very cool extras too! 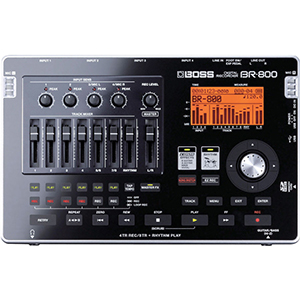