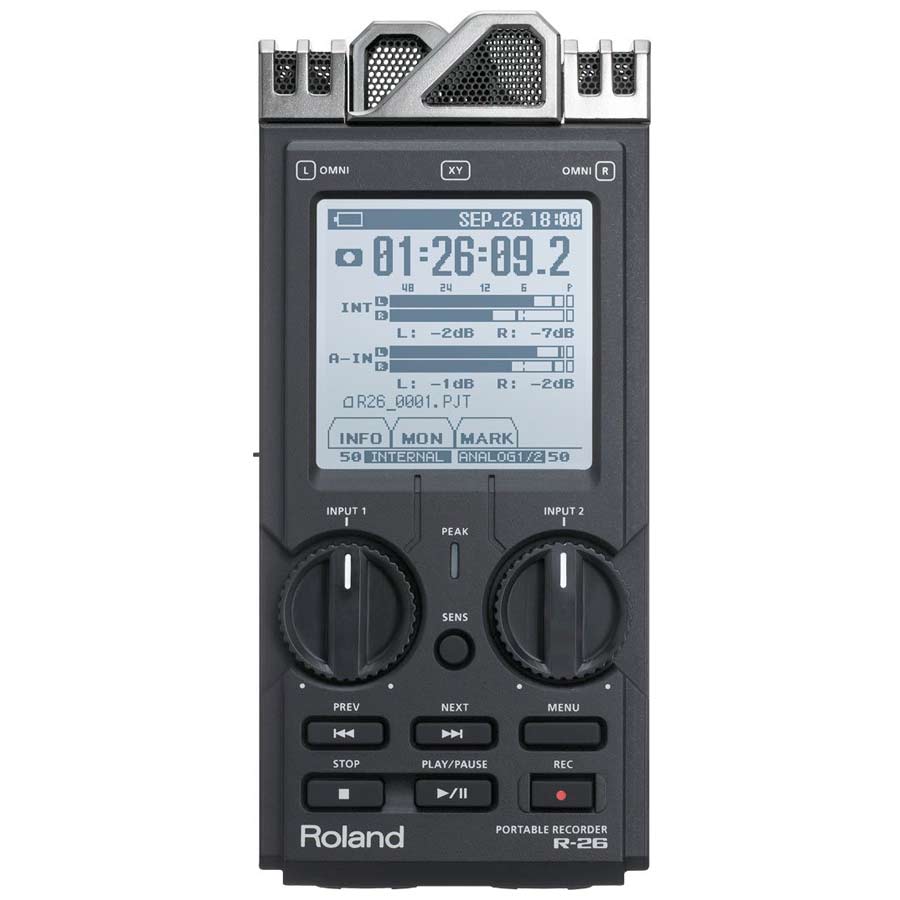 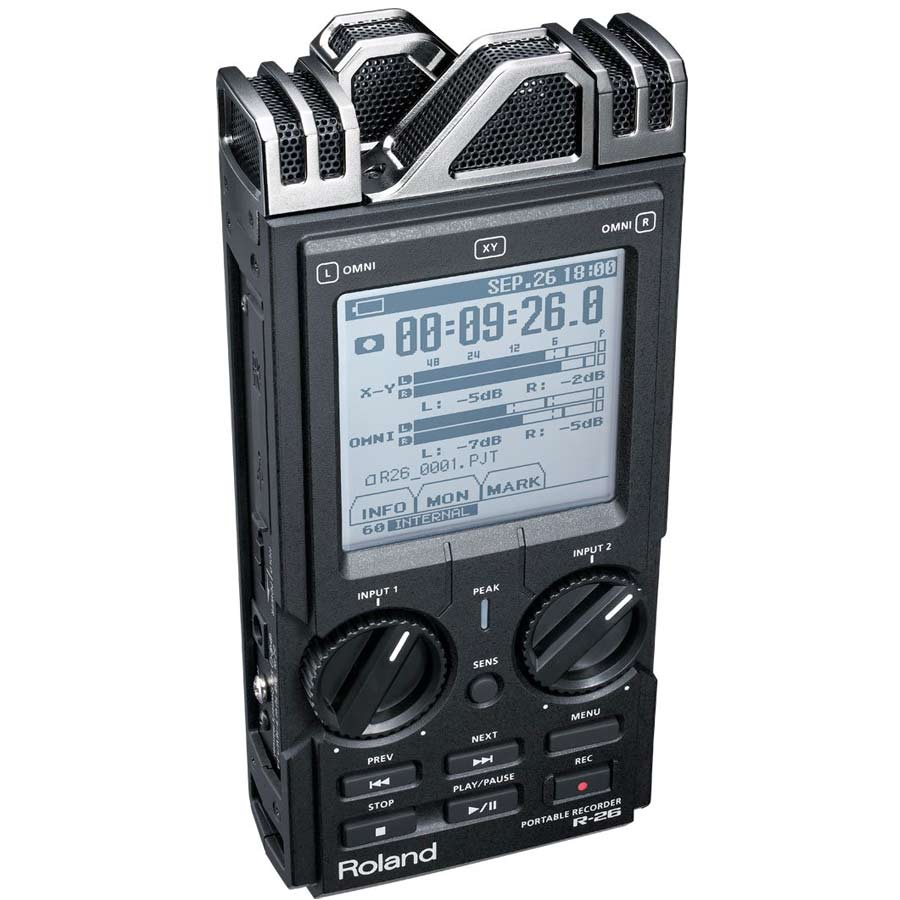 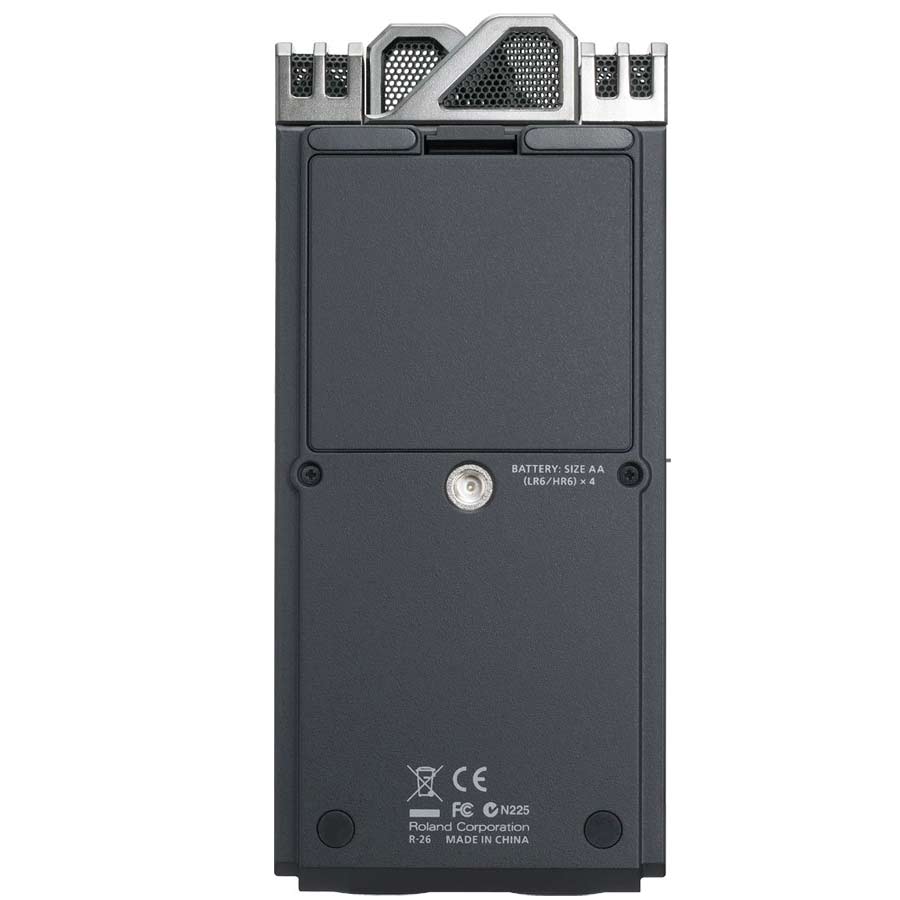 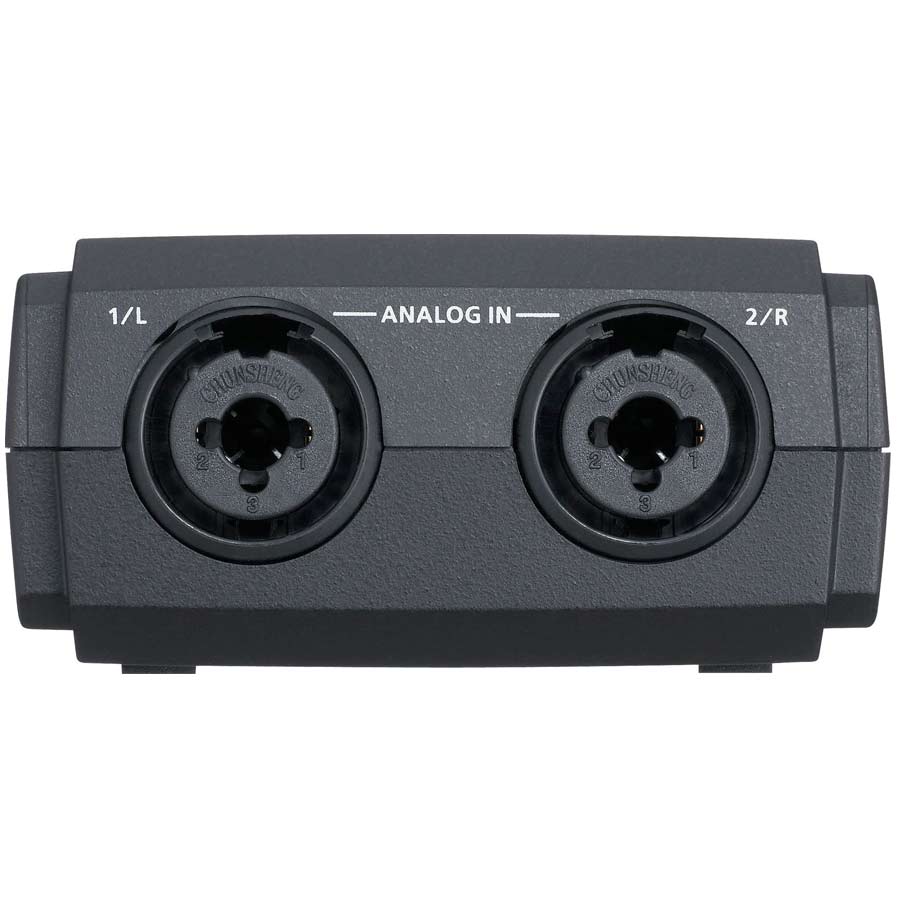 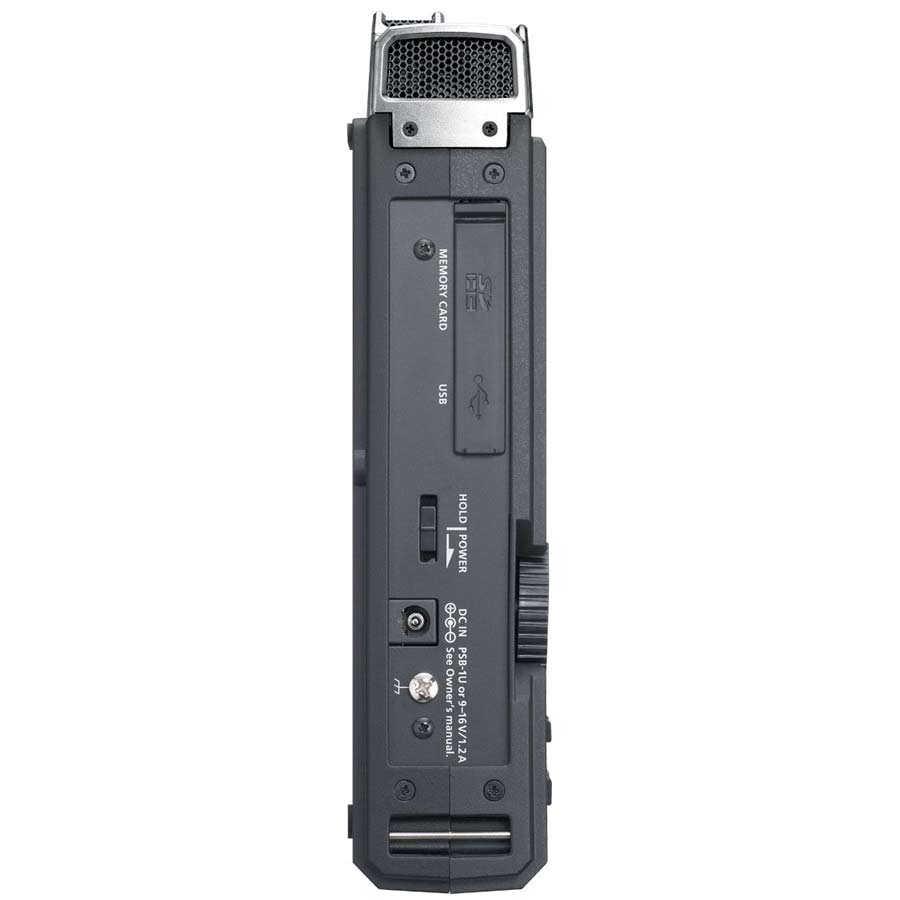 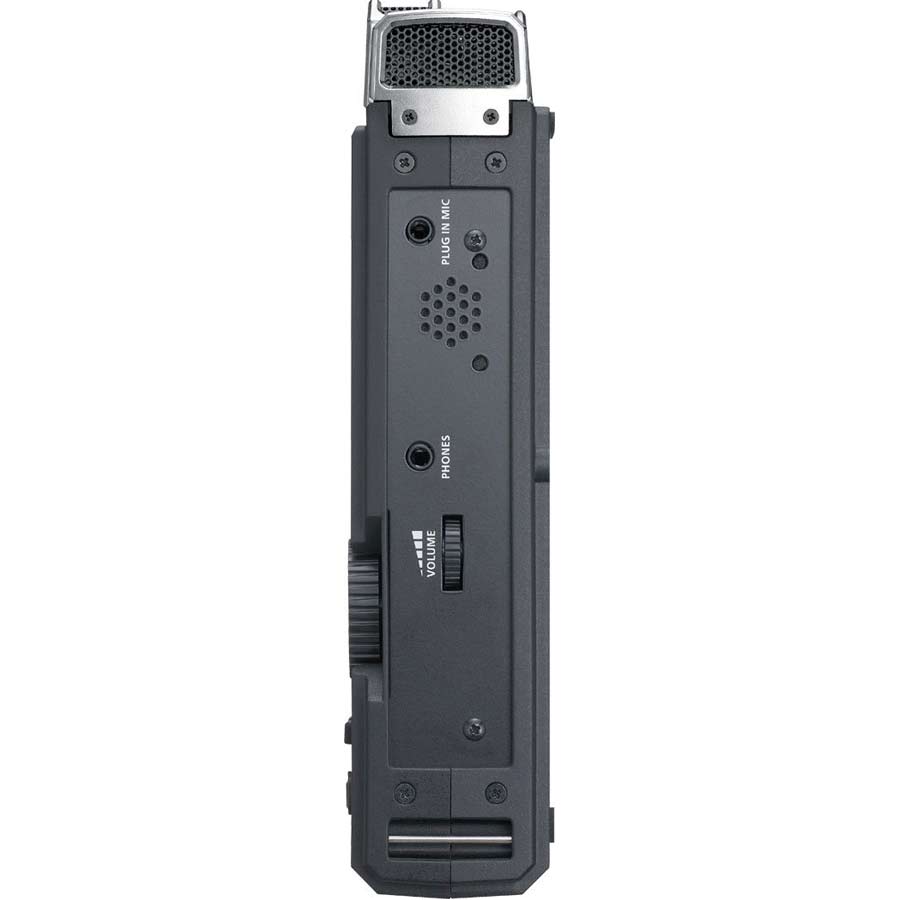 Hand-held field recorders have been hot commodities for musicians, recording engineers, and sound designers for years. Today, the mercury rises in this dynamic market with the debut of the game-changing Roland R-26. This innovative recorder is portable yet loaded with first-class, professional features, the likes of which the industry has not seen before.

There are two types of stereo microphones built into the Roland R-26, plus a pair of XLR/TRS combo inputs for external mics, and an input for a stereo plug-in powered mic. Choose simultaneous combinations of the built-in mics (directional and omnidirectional), as well as the external inputs. Capture live performances with simultaneous line and ambient signal paths, record important speeches, lectures, and presentations, or take the R-26 into the inner city or deep forest for pristine field capture. The sky's the limit with this powerful, portable, and incredibly flexible recorder.

Built-In Stereo Mics
Directional and omnidirectional stereo microphones are built into the R-26, and can be used simultaneously. This unique multi-stereo mic recording system lets you capture a wide stereo soundfield without spoiling the vibrant low frequencies and ambience of the venue.

External Inputs
Two XLR/TRS combo mic inputs are built into the R-26, plus an input for a stereo plug-in powered mic, which can be combined simultaneously with the internal mics. At a live concert, for example, the R-26 can capture a stereo mix from the FOH mixer via its XLR inputs, as well as the ambient audience noise via its built-in stereo mics.

Six-Channel Simultaneous Recording
The R-26 allows up to six channels of simultaneous recording (three stereo pairs). Capture the same sound source with three different types of microphones, both internal and external. This provides a new level of flexibility after the fact, as you can choose from the individual tracks or composite mixes.

USB Connectivity
You can connect the R-26 to your computer for use as an audio interface or for external storage. Use the R-26 in combination with the bundled SONAR LE software app to perform recording and detailed editing on your PC. 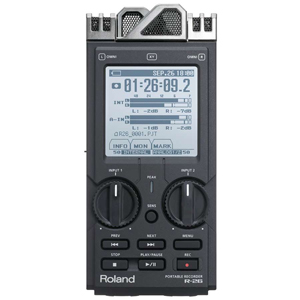