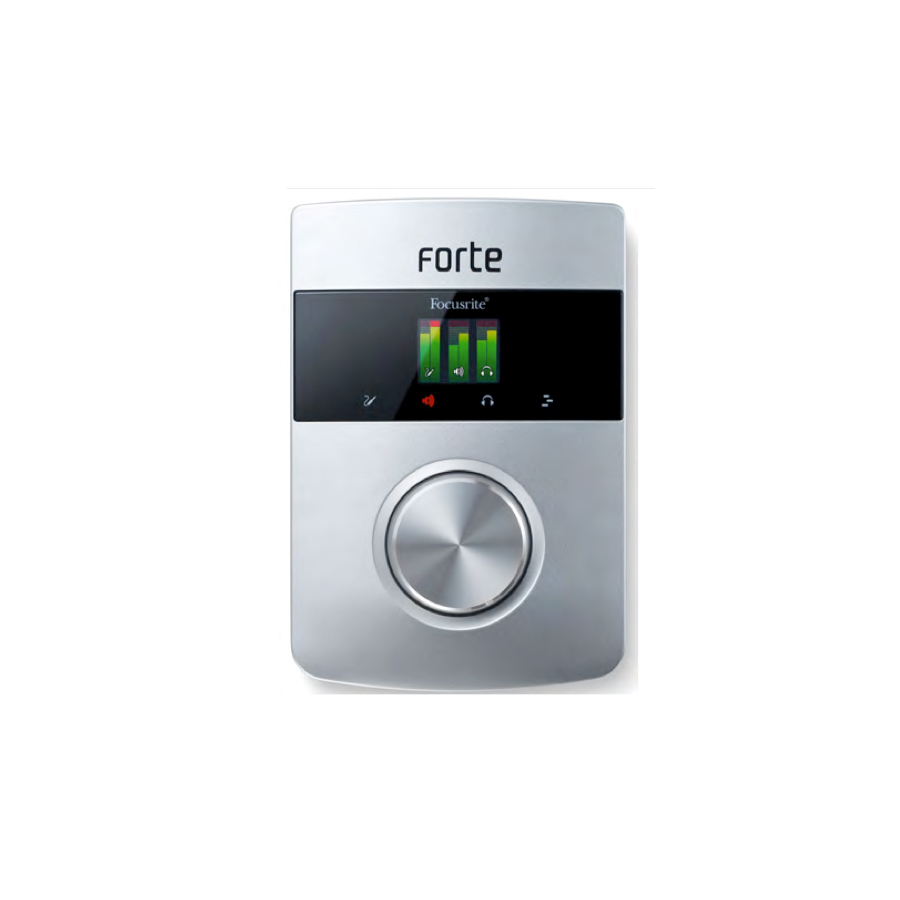 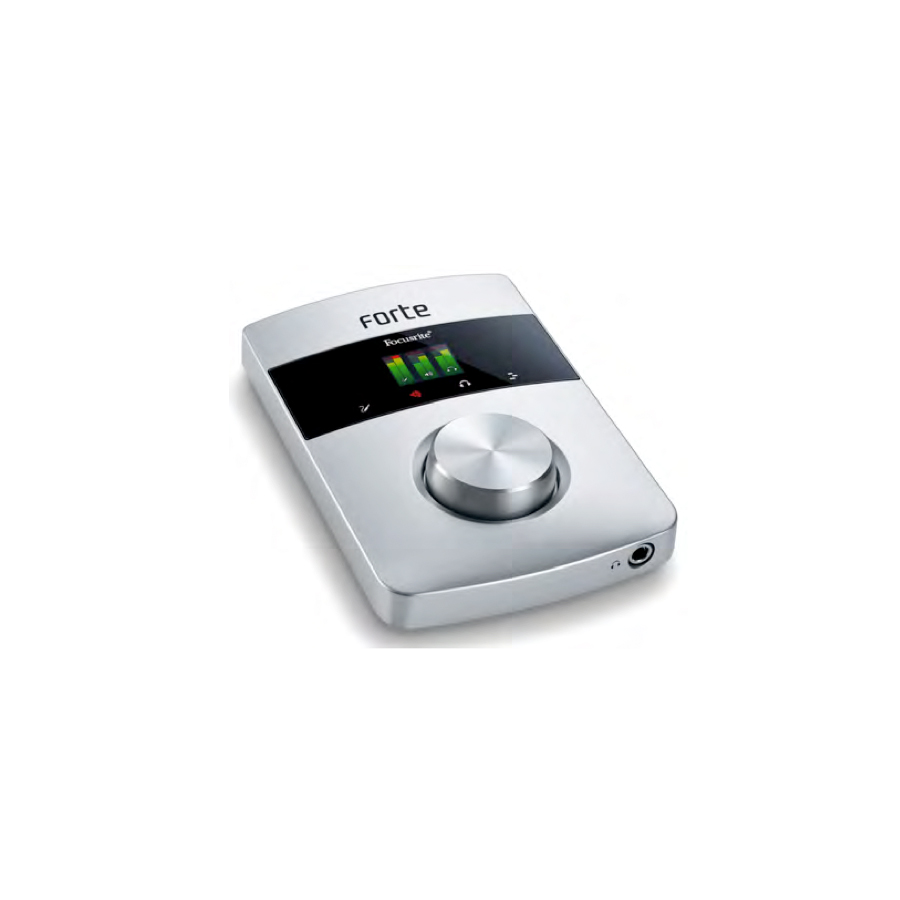 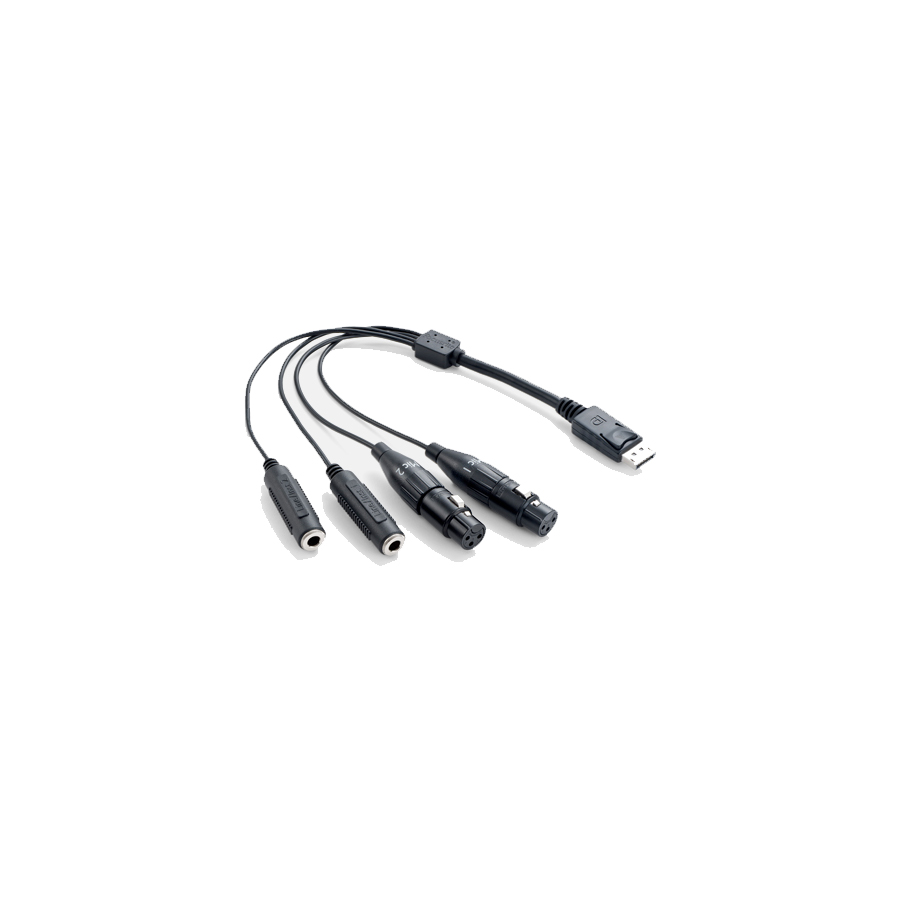 Focusrite Forte is a professional 2 in, 4 out portable USB audio interface for Mac and Windows, designed to deliver analogue sources to your DAW at the highest possible quality. It features two remote-controlled mic preamps with the unrivalled sound quality you would expect from Focusrite. Forte partners these with superb digital conversion at up to 24-bit/192kHz resolution. Built into a solid aluminium case, Forte features a colour OLED display, touch controls and a single large control knob for intuitive operation, with DAW integration transforming it into a control interface.

Forte takes its name from the original Focusrite console that embodied all the fundamental elements of the renowned Focusrite sound. Focusrite's original Forté was the recording console based on the ground-breaking mic pre and compression modules that Rupert Neve created for Air Studios back in the 1980s. Designed to offer the very highest audio path quality irrespective of cost, the Forté console set the benchmarks for mic preamplifiers and dynamic control and that remain unequalled today. The Forte USB audio interface continues this obsession with sound quality...

Forte has been designed specifically to provide a compact, rugged and effective input path to your computer with the maximum possible audio quality for mic, line and instrument sources. In particular, Forte delivers class-leading dynamic range and noise floor – both highly significant in today's world of an almost unlimited number of tracks making up a mix – and class-leading conversion performance, ensuring you get the very best quality sound at all times.

Featuring two of the latest design of Focusrite's remote-controlled microphone preamplifiers, the Forte USB audio interface connects to both Mac and Windows computers via USB 2.0. It incorporates highest-quality precision 24-bit A-D and D-A converters operating at sample rates up to 192kHz, and the conversion stages have had maximum attention paid to both analogue and digital design to deliver the best possible performance.

Forte includes a colour OLED (Organic LED) display to indicate mic, line in, line out and headphone levels, gain structure and other functionality. It features a single, large, smoothly-rotating control knob operated in conjunction with a series of touch-sensitive icons to access preamplifier and output functions – input, monitor, headphone, and control – plus the ability to control DAW functions and act as a remote control for your music software. Included with the unit is Forte Control software application, which allows the configuration of low-latency monitoring, mic pre level adjustment and other features.

Particular attention has been paid to ergonomic design. A breakout cable with locking connector is used for microphone (XLR) and line/instrument (TRS) inputs, but balanced line and independent headphone outputs are provided on the unit itself, so the breakout cable is not required for playback-only applications. In addition, the fact that the mic and line-level inputs on the breakout cable are separate means that you can keep your inputs connected all the time without having to re-patch when you go from one to the other. Forte can be bus powered but an included power supply further improves output performance and delivers +48V phantom power to your microphone. 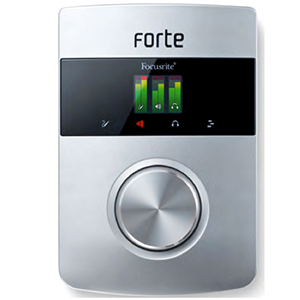