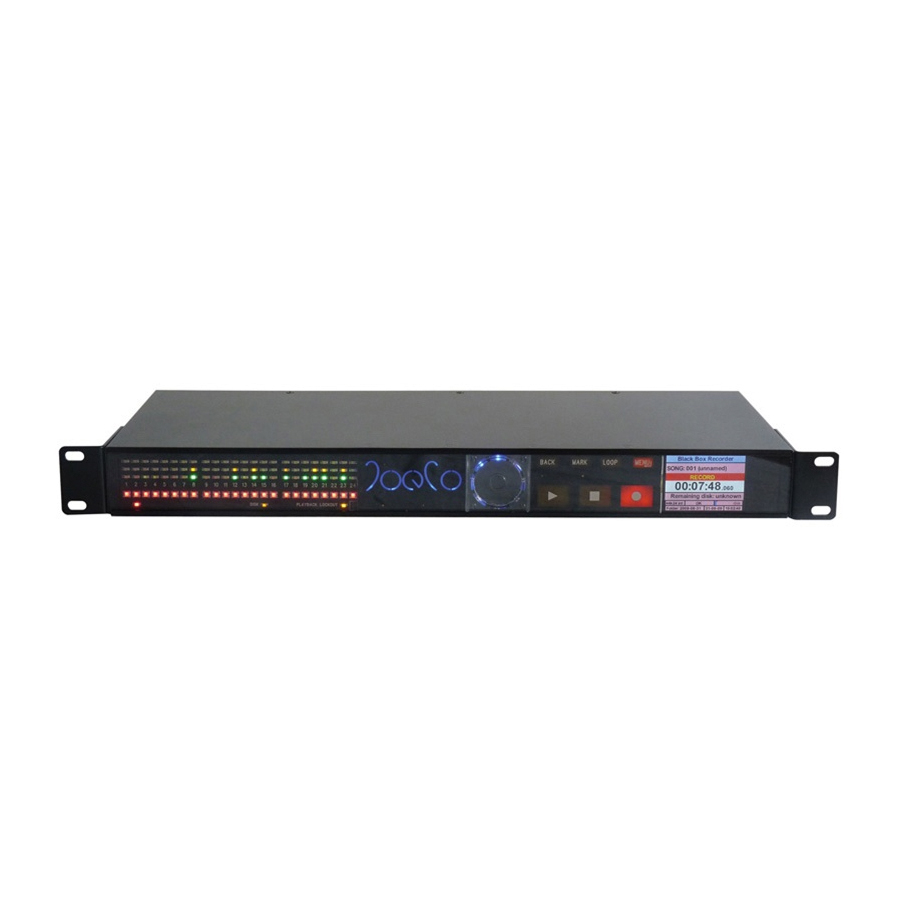 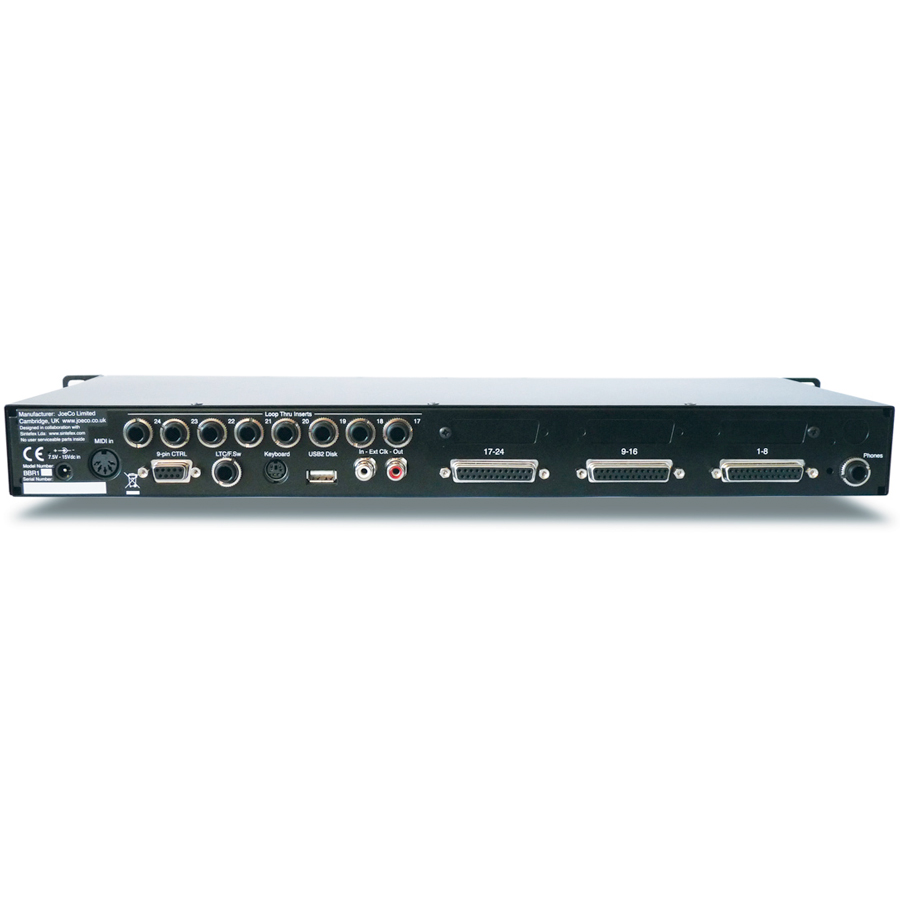 The BLACKBOX RECORDER is the first large-scale multi-channel recorder specifically designed for audio acquisition and capturing live performance. Developed to solve the inherent problems of working with computer-based systems in a live environment, it provides engineers with a computer-free, high-quality solution for live multi-channel audio capture.

Available in both analogue and digital variants, the regular BBR1 BlackBox Recorder can record or replay up to 24 channels of 24bit / 96kHz audio in Broadcast WAV (BWAV) format.The BBR64-MADI and BBR64-DANTE versions of the recorder can record / replay up to 64 channels at standard sample rates, while still retaining the same compact physical dimensions that are a feature of all BlackBox products. (On these systems, higher sample rate recording is accommodated at a reduced track count.) All BlackBox Recorder models now also support the replay of polyphonic wav files, from multiple stereo files up to 24- or even 64-channel PolyWAV files. Mono, stereo and multichannel files can even be used together in the same song massively enhancing the system's flexibility.

Audio is recorded as mono broadcast WAV files to an external USB2 drive. The implementation of JoeCo's iXML plug-in (see Software Options) additionally enables PolyWAV files to be recorded. Using universally accepted file and disk formats on external storage solutions has many advantages when used in the field or on tour. It also eliminates the time normally required to load recordings into a workstation for subsequent mixing and re-purposing, which is a crucial factor in fast turnaround productions. Recorded files can be instantly imported into any Mac- or PC-based Digital Audio Workstation for editing, remixing and re-purposing.

The BlackBox Recorder is designed to be supremely simple to use, requiring just the input and output connections, power and a USB drive before pressing the RECORD button. Its sleek front panel has an intuitive menu-driven user interface, touch sensitive transport controls, data wheel and function buttons. A foot switch input is also provided and can be set up to duplicate the record button function for hands-free operation. A full colour LCD screen and striking LED displays show all the information that's needed in order to know exactly what's happening at any time. A standard computer keyboard can be used to name recordings.

Ease of use is complemented by fully professional control and synchronization facilities, along with a wealth of time-saving features that include virtual soundchecking; disk drive formatting; the ability to create a headphone monitor mix with level and pan on every track; a keyboard interface and Name Manager for creating templates and modifying track or song names, plus a variety of shortcuts for speedily navigating menu options and transport controls. Within the menu structure all key variables can be modified: the sample rate, track arming, use of time code, digital audio clock setup, naming recordings, input and output levels, and setting up loop points. The recorder also offers a range of enhancements for film, TV and broadcast applications including support for 23.98fps time code, 9-pin support for edit controllers, and iXML support.

A number of "fail safe" features ensure secure audio capture at all times, including playback lockout and a "Safe 'n' Sound" record recovery function that enables recorded audio files to be recovered after a sudden accidental loss of power, or forgetting to stop recording before powering off the system. 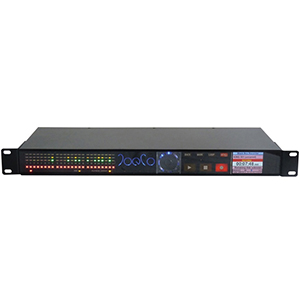