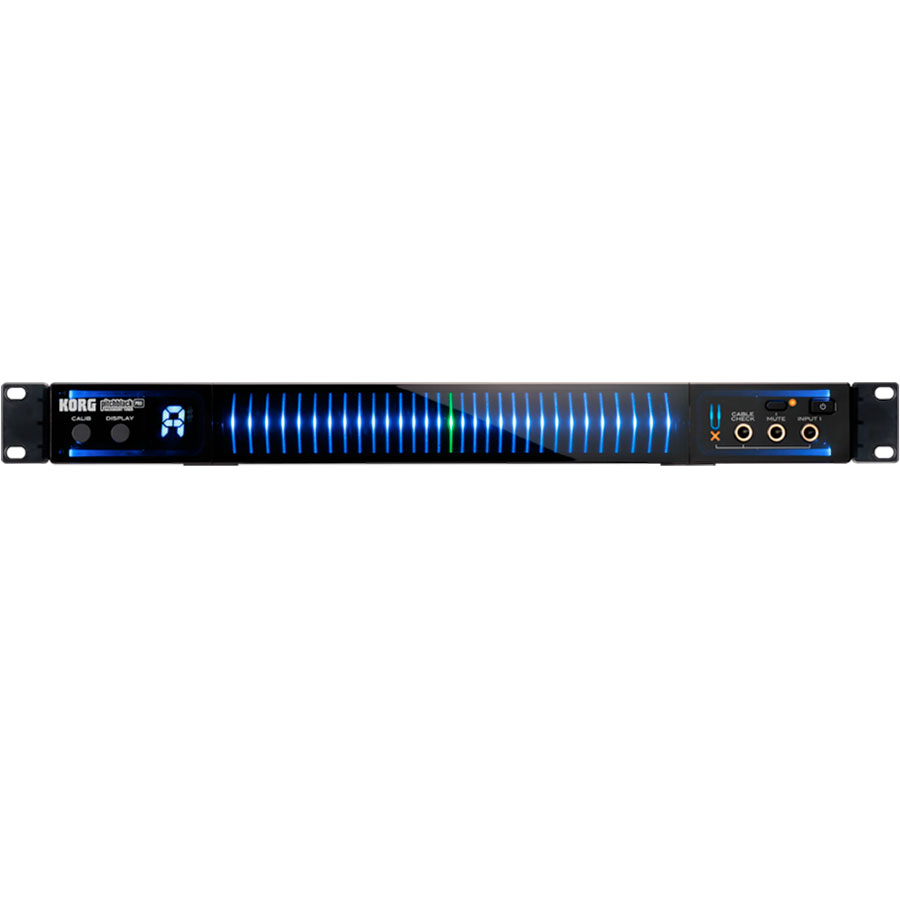 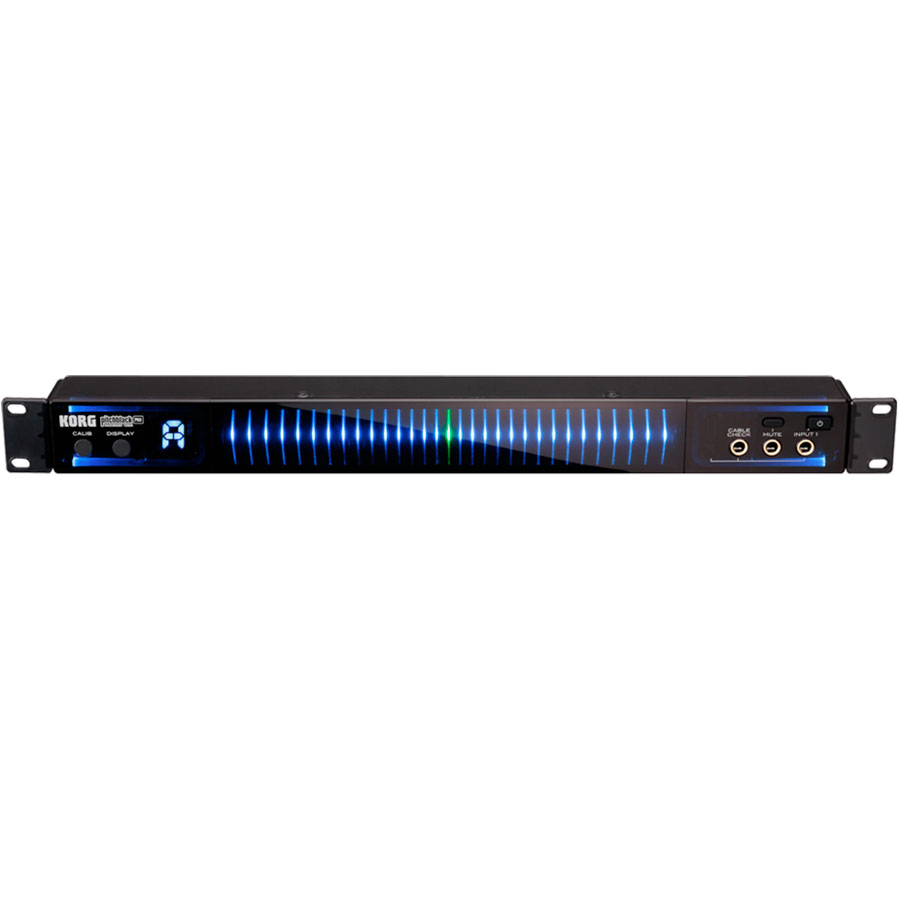 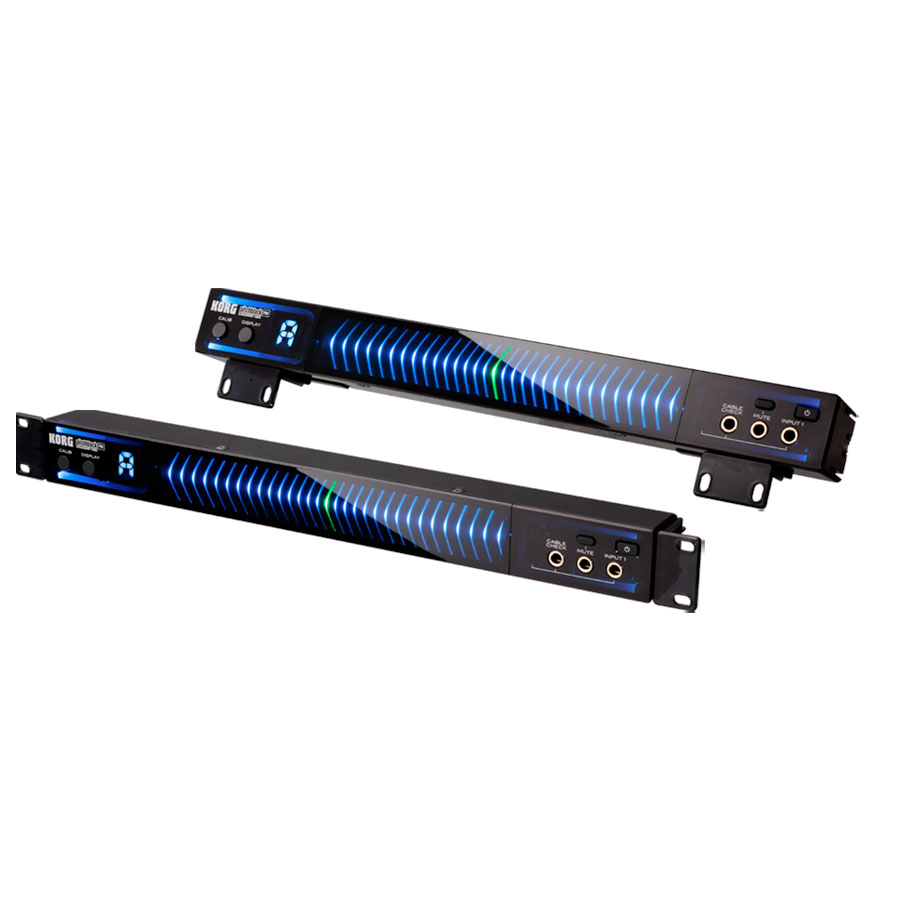 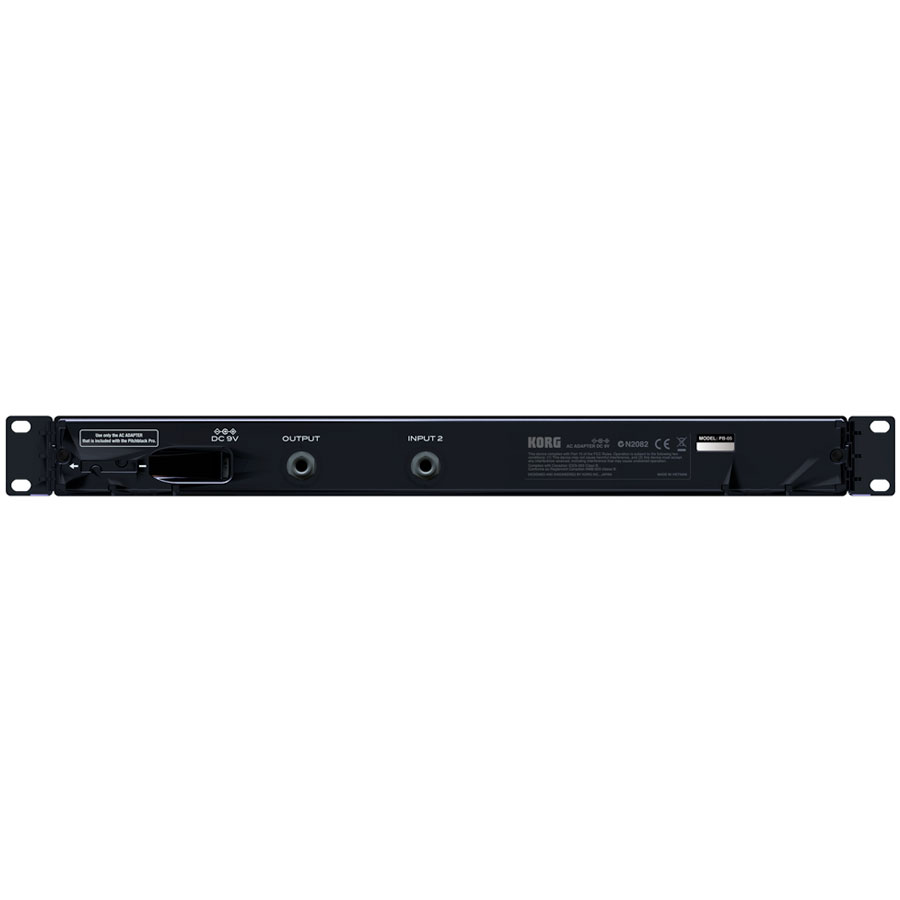 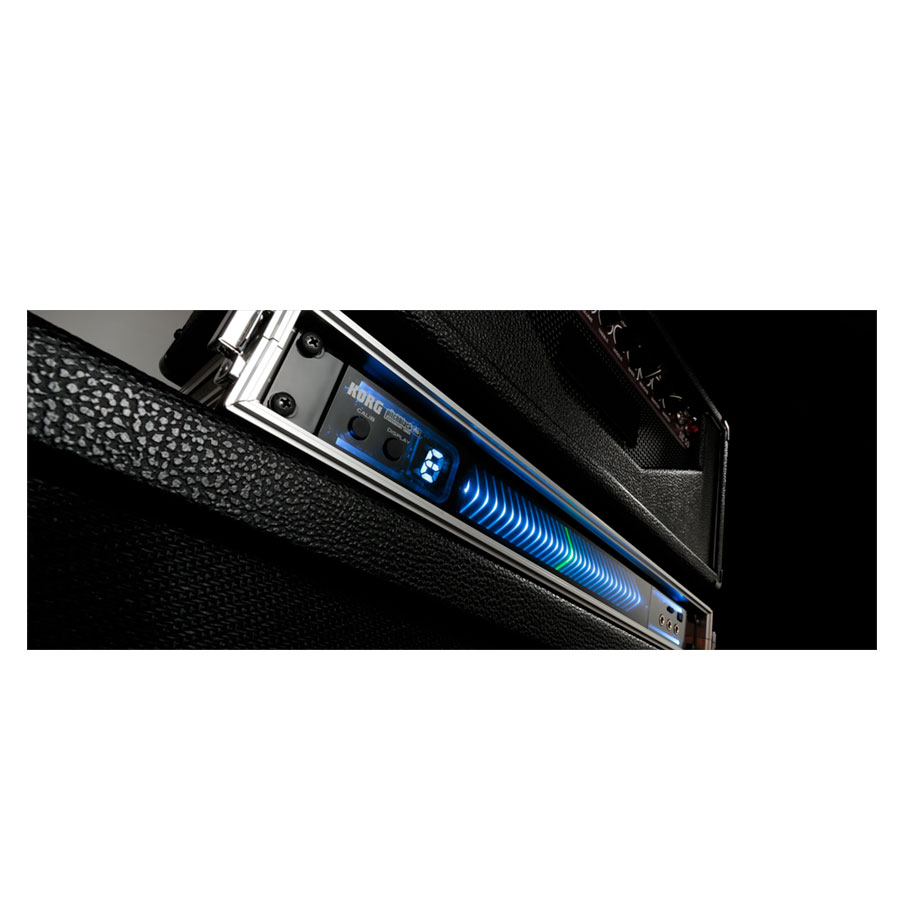 The pitchblack Pro features a new "3D" visual meter with a three-dimensional expression of light that delivers an unprecedented visual element. Although it's in a rackmount form factor, the body is ultra-lightweight and slim, allowing it to be used anywhere. This is a new generation of rackmount tuner that every guitarist/bassist with professional aspirations should experience.

The pitchblack Pro is a rackmount tuner that's easy to see even from a distance, allowing you to tune confidently. It's ideal not only on stage but also during rehearsals or recording. The crisp lights in your rack will attest to your professionalism.

Lightweight, thin, and removable
While the previous DTR-1000/DTR-2000 models weighed 1.4 kg, the pitchblack Pro is astoundingly light at 363 g. The depth has also been dramatically reduced from 113 mm to 49 mm, allowing it to be installed in an effect pedalboard. The rackmount adapters on the left and right can be attached or detached at a touch, and can be attached to the bottom of the unit to serve as a stand. The unit can also be used in a variety of situations other than in a rack; you can simply set it in a desired location, or attach it to a floor monitor.

The newly-developed tuning meter provides a revolutionary visual effect. In addition to the powerfully illuminated color LEDs that provide unparalleled brightness, the special design with treated acryl allows a three-dimensional view of the light, from the surface of the source all the way into its depths. This means that from any distance or angle, discrepancies or change in pitch will be instantly obvious. The pitchblack Pro brings the guitarists/bassist a new dimension of tuning experience.

Regular Meter mode
As when using a needle-type meter tuner, tune the string so that the LED in the center of the meter is lit up. The illuminated LED will move to the right if the string is sharp, or toward the left if the string is flat. This process is intuitively easy to grasp.

Buffered output minimizes any change in audio quality
The pitchblack Pro is designed with a buffered output to minimize any change or additional noise in the audio input signal. There's also a Mute function that lets you tune without producing sound from the OUTPUT jack. The MUTE jack allows a foot switch to turn mute on/off, for convenient tuning between songs during a live performance. 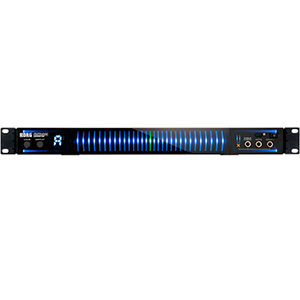