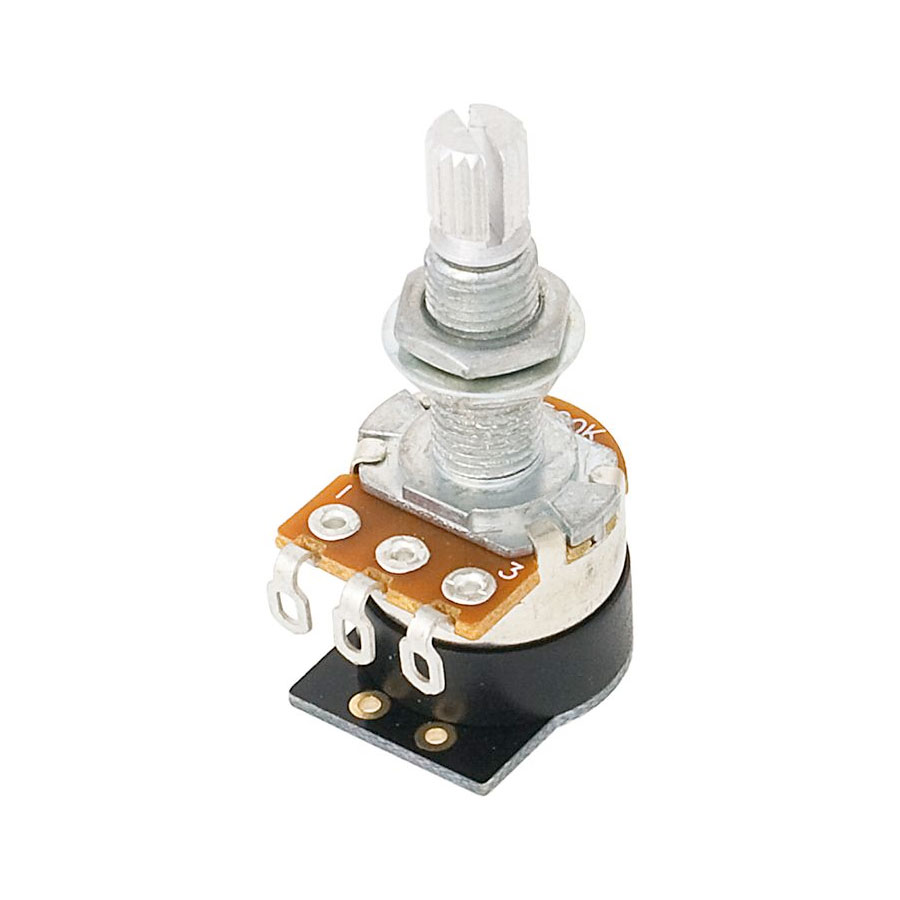 Since rock music began to go wild and loud in the 1960s the machine-gun sound effect with an electric guitar has become one important characteristics.

If you strum a chord, turn the volume of one pickup down and the other pickup on and move your toggle fast up and down, it shreds your sound. This is the so-called machine-gun sound effect that you can listen to in countless rock songs. So far so good—but those radical actions destroyed innumerable toggle switches.

Shadow has now solved this annoying problem: The SH 124 Kill Pot is a unique potentiometer with a momentary push switch for electric guitars that momentarily kills the sound by stroking it up and down. By pushing the Kill Pot potentiometer up and down quickly it creates an extraordinary sound effect which is well known from the wild rock 'n' roll days. You can now create your own machine gun sound effect with your guitar. This preserves your toggle switch and is much more comfortable to handle.

Of course, by replacing your standard potentiometer with the SH 124 Kill Pot you do not lose the feature of the old one. You can also control either the volume or tone with the Kill Pot potentiometer. Additionally, it gives you the opportunity to easily create an astonishing sound effect.

The Shadow SH 124 guarantees 2 million of those pushes, which assures numerous machine-gun sounds. Therefore, the SH 124 Kill Pot makes a killer addition to your guitar! 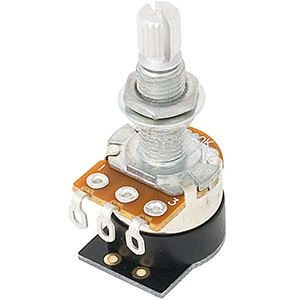