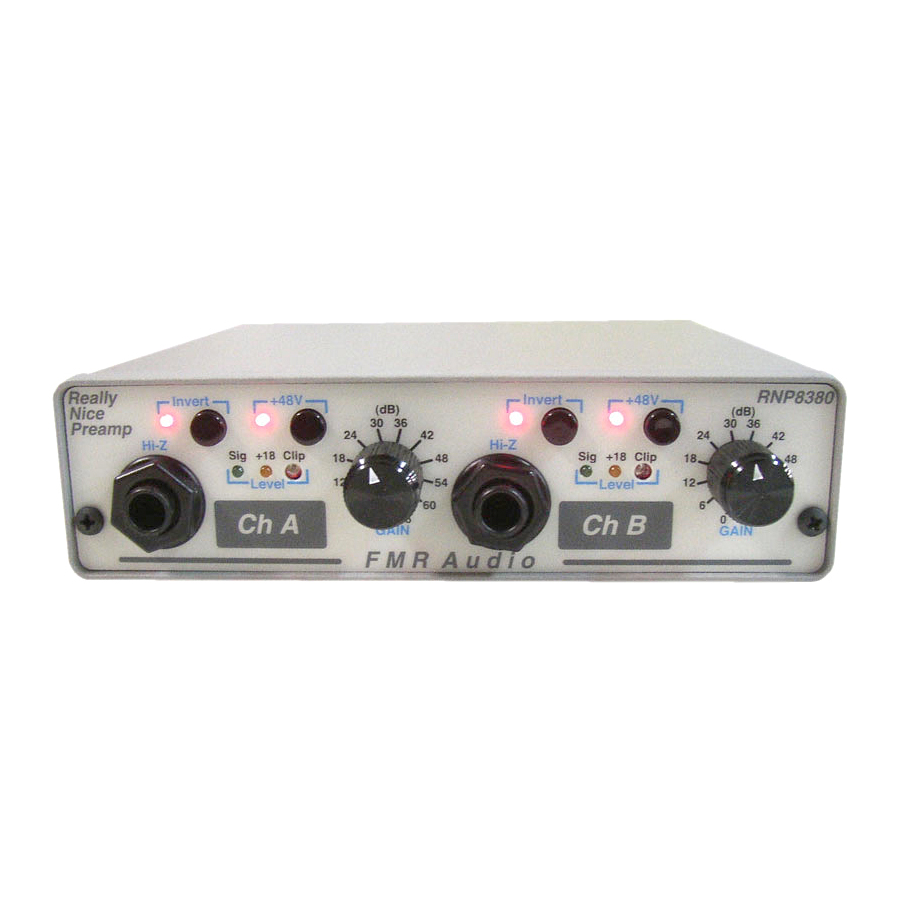 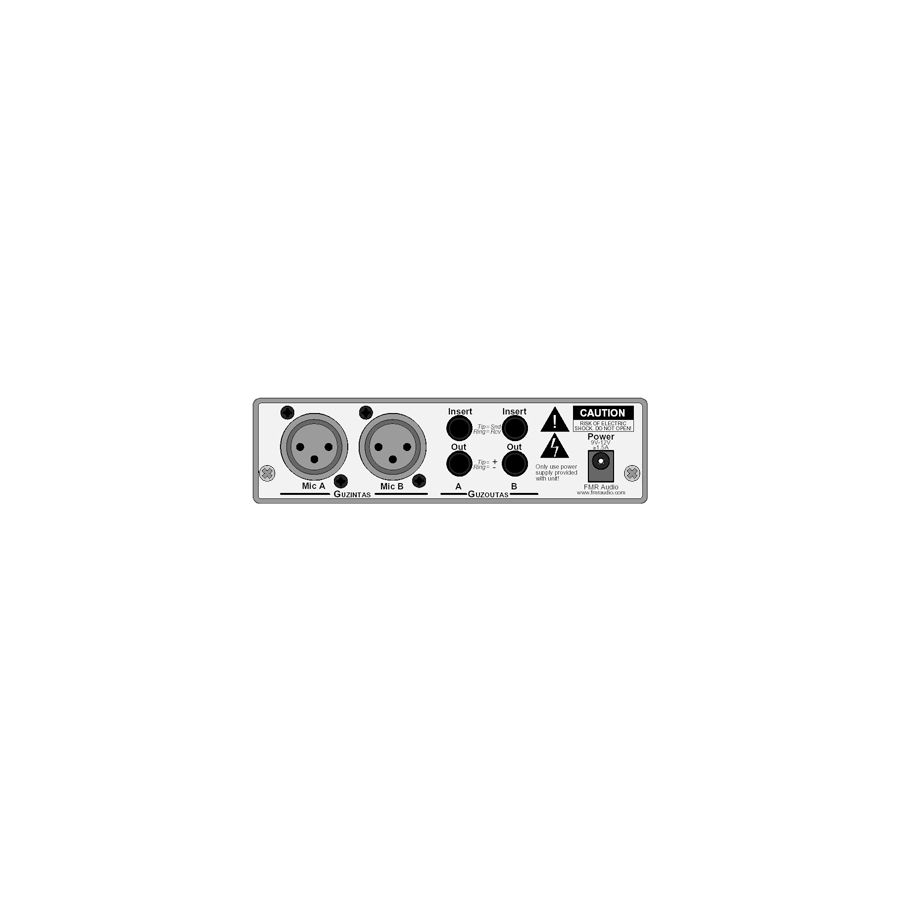 Lots o' headroom. These days, the trend is for microphones to increase their output signal levels while reducing their output noise levels. This means either employing a front-end pad and/or increasing the headroom of a mic pre. We decided to do the latter: at unity gain, the RNP 8380 has a clip point of +27.5dBu (almost 25Volts peak-to-peak)! Even with a hefty microphone output, the RNP8380 should take what your mics have to give.

Fidelity. When designing a pre-amp, there are many ways to balance the sometimes conflicting operating constraints. Unfortunately, with the proliferation of integrated-circuit (IC) based mic pres in recent years, one of the typical casualties has been fidelity. At this point, I won't bore you with the geeky details, but I want to assure you that fidelity was not sacrificed in the RNP8380. Even though there are many mic pres that are quieter, there are very few that have the spurious-free (i.e., distortion-free) spectrum of the RNP8380. Now, more than ever, what you put into a mic pre is what you'll get out.

Ugly box. If you look beyond the RNP8380's utilitarian ugliness, you'll see that we opted to throw the money we saved in cosmetics into the quality of the audio electronics. I like having nice-looking gear as much as the next guy, but given the choice between something that sounds nice versus looks nice, the sound wins out everytime.

Really Nice Compressor (RNC) inserts. Each channel on the RNP8380 has an unbalanced send/receive jack that allow you to connect an RNC1773 using a single Tip-Ring-Sleeve (TRS) cable (per channel). With proper cabling, you could also use this feature to balance any other unbalanced piece of gear. In addition, with the right external configuration, the RNP can provide a separate +22dBu unbalanced output and a +28dBu balanced output simultaneously to allow nifty things like separate M/S decoding while tracking the M/S signal without decoding.

Balancing an RNC. Using the above features, you can allow/provide a balanced signal to/from an RNC/RNP set.

Hi-Z DI inputs. These inputs are designed to take a source, such as a passive bass, and not "suck the tone" away from the instrument. This input features a high-impedance unbalanced 1/4" jack.

Slowly-ramping 48V supply. To reduce the chance of destroying mics connected to the RNP that can't tolerate +48V applied to them, we ramp up the +48Volts slowly just in case you accidently turn on the phantom supply with a phantom-intolerant microphone attached to the RNP. In addition, this ramp helps reduce "settling time" of the RNP's servos (see Geek Stuff below) and reduces the size of the output pops/clicks.

EMI-resistant. The pre-amp's front end includes a third-order EMI filter. It is specifically designed to attenuate RF while giving a smooth audio performance up to 200kHz. This reduces the chances that you'll have trouble with RF interfering with the RNP's operation even at high-gain levels. When used with a nominal 150 Ohm balanced source, this filter yields exceptional audio performance.

Output mutes. During phantom engagement/disengagement and DI/mic switching, we momentarily mute the output signals to reduce output pops & clicks that may otherwise annoy you and others. This mute actually occurs before the insert send signal, so even devices connected to the insert are spared large pops & clicks.

Phase inversion control. This is fairly standard stuff to allow you to accommodate any phase problems due to things like system cabling, etc.

Precision metering. Three LEDs are provided for metering each channel (signal presence, +18dBu and CLIP). In addition, the clip LED trips at 1dB below actual clip and stays on for 3 seconds to make signal-chain troubleshooting easier. The metering is digitally-calibrated and driven by the internal microprocessor.

Flexible power supply requirements. The RNP will run off of either AC or DC as long as the voltage range is within 9-12V (and has a current capacity of at least 1.5Amps). Polarity of the wallwart connection is unimportant so that you don't have to worry about that detail either. In addition, if you happen to connect a wallwart that doesn't have enough oomph to power the RNP (like the RNC's wallwart), the RNP will tell you by periodically flashing it's front panel LEDs. 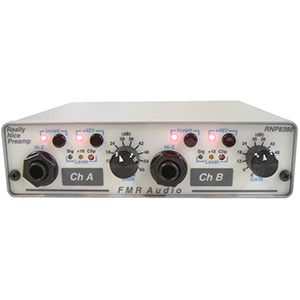