Shop Early and Save for the Holidays! Save 15% Off your next purchase with Promo Code SAVE15 Activate Code 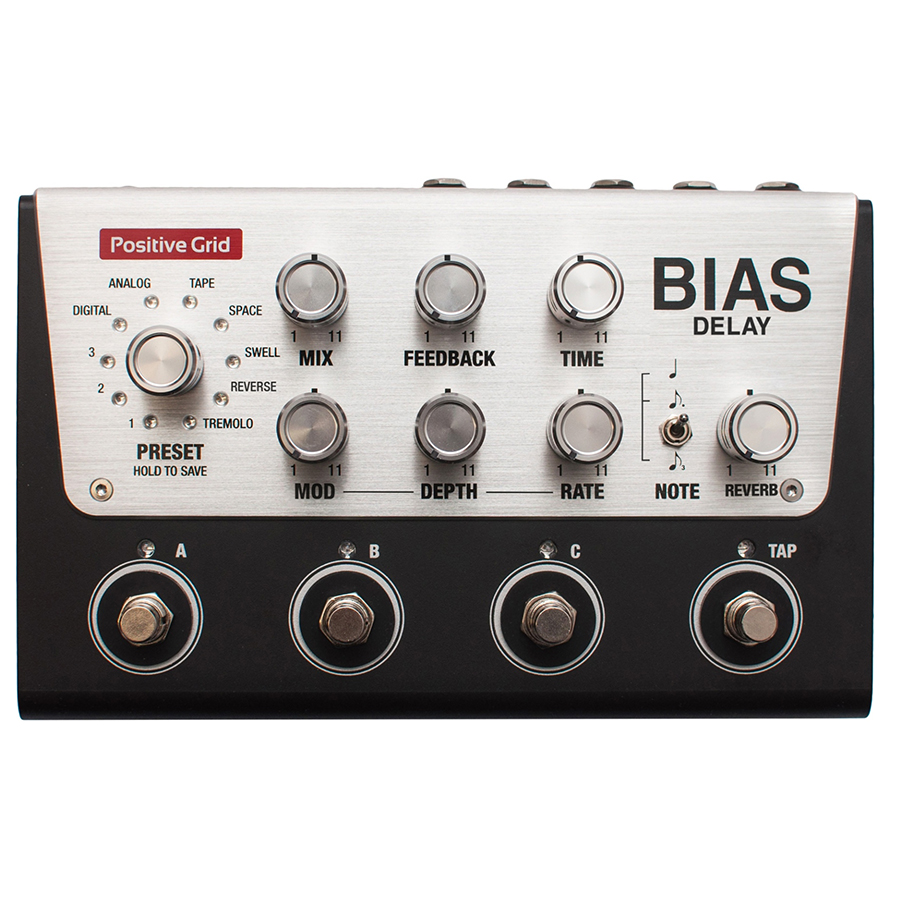 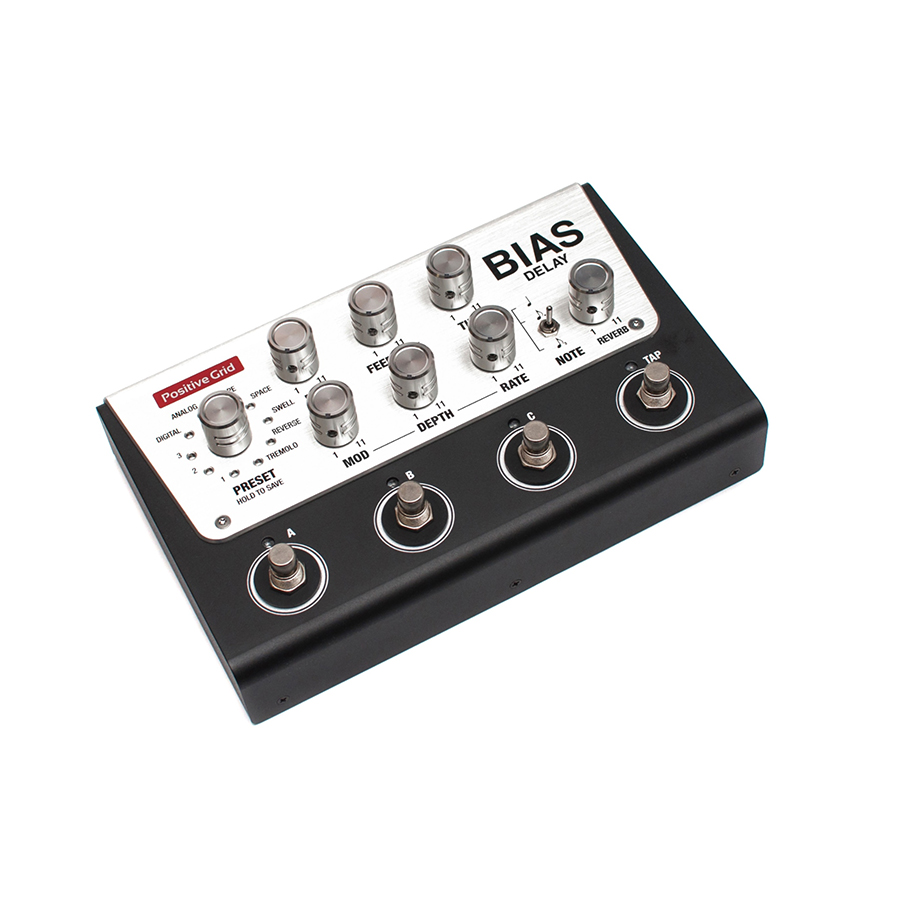 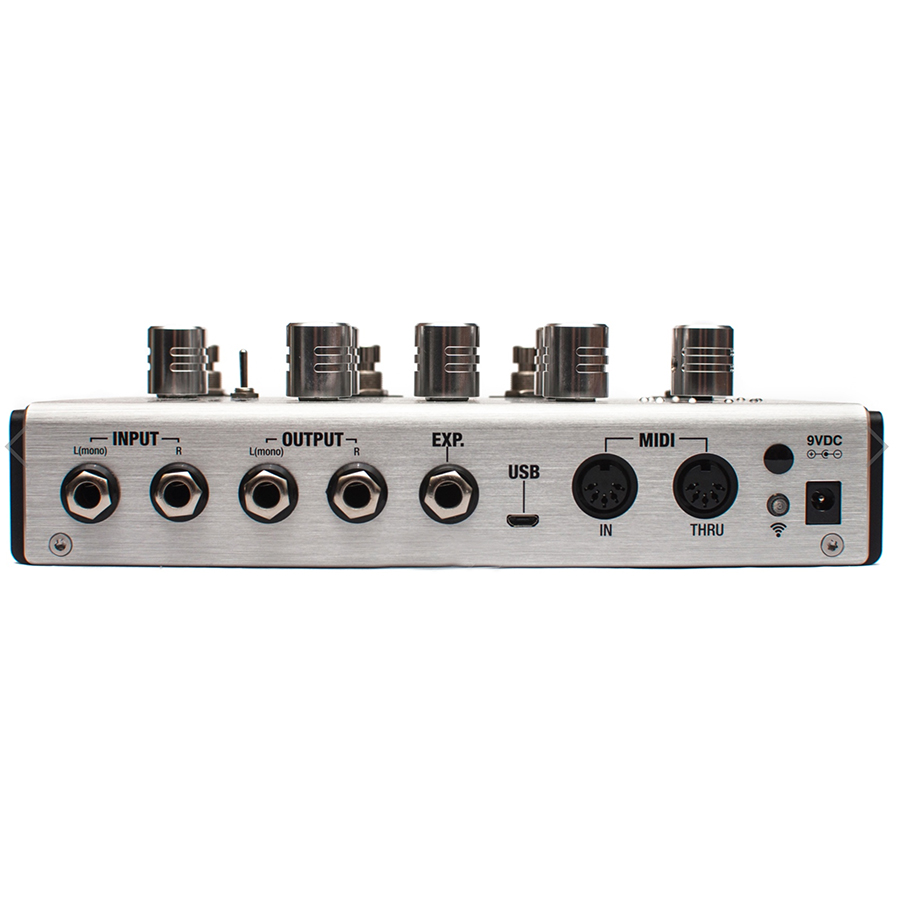 Available both as a cross-platform plug-in and iPad app, BIAS Delay travels effortlessly between studio and stage. And of course, it’s ToneCloud-ready. Upload and share your unique delay pedals on the ToneCloud social network for guitarists, and download thousands of unique delay pedals from fellow musicians around the world. An effects hoarder’s dream come true, BIAS Delay is the last delay pedal you’ll ever need!

CUSTOM PEDAL DESIGN
Full-bodied, creamy tone is just a knob twist away in BIAS Delay. Saturation and analog-tone controls add density and girth to the Delay Stage’s input signal. The Power Module’s full-featured compressor pushes your riffs to the front of the band. Adjust your pedal’s virtual power source to deliver 18 volts for a relaxed, supple sound, or 6 volts to make your guitar tone sound like a beast straining on a leash! Use the Delay Stage’s treble and bass controls to shape the tone of only the delay signal from bright to midrange-y to bass-heavy, while leaving your dry guitar tone untouched. Two 8-band graphic equalizers can be placed at various points along the signal chain with drag-and-drop ease to finely sculpt your overall tone. BIAS Delay gives you infinite tonal possibilities in a fast, intuitive interface.

WET THE EFFECT
BIAS Delay is all about time-based effects—colored with every timbre imaginable. Choose among four delay types to start: Standard for pristine digital delays, Tape for saturated vintage sound, Ping Pong for cruise ship-wide echo trails, and Reverse for ear-bending backward envelopes. Manual delay times from 1 to 3000 ms dish out every kind of delay-based effect from doubling to slapback to long echoes arriving from the next zip code. In the studio, sync BIAS Delay to your DAW for delay times ranging from a 32nd-note to a whole note, including dotted notes and triplets.

TONECLOUD
Because BIAS Pedal is expandable, it’s a platform for more than just delay and distortion pedals. More pedals are on the way. Positive Grid is all about building a complete musical war chest for guitarists in one integrated system. 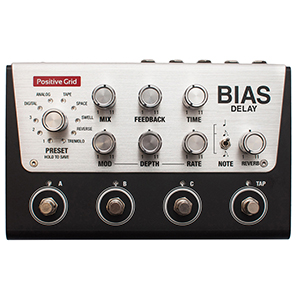