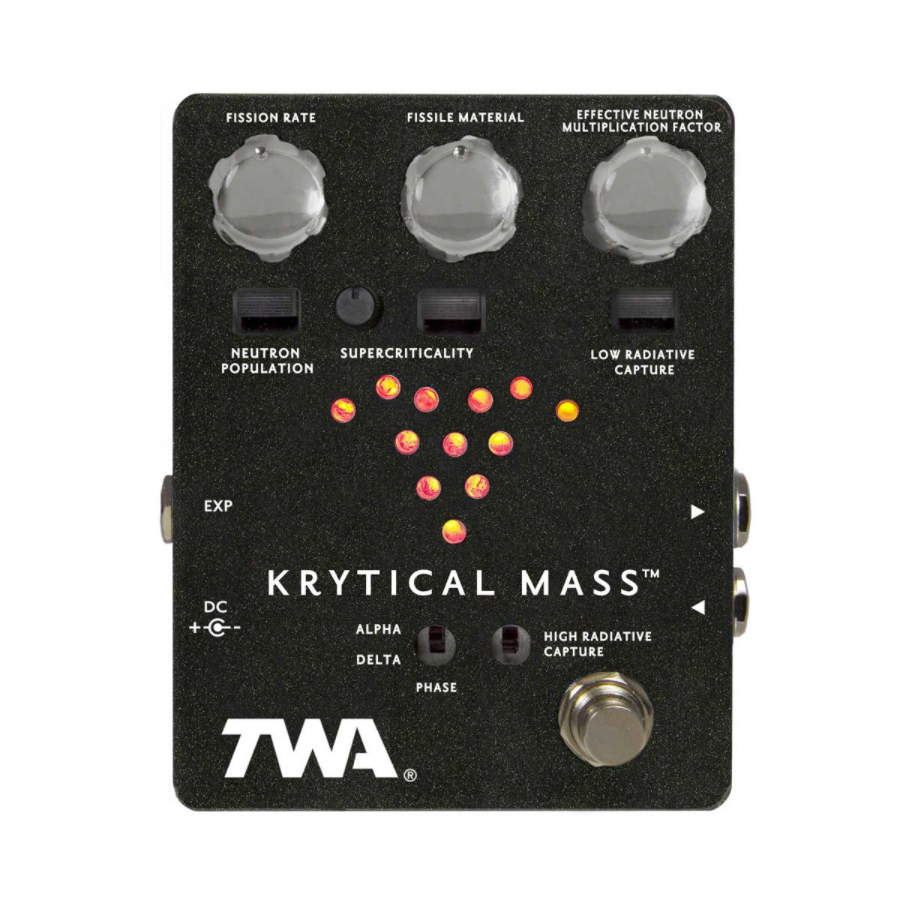 Prepare for meltdown with the TWA KM-02 Krytical Mass™!
Based on the coveted Maestro Bass Brassmaster, Krytical Mass™ was born from exhaustive critical analysis into the inner workings of that Holy Grail device and the few noble attempts that have been made to clone it.

Krytical Mass™ spits out fat, formidable fuzz with a pronounced octave up as well as a more subtle octave down and a scorching, filter-like sweep on sustained notes. Muted notes will “kill” the fuzz with almost gate-like precision, yielding a super-tight, synth-like pulse that is simply addictive to play.

Where other replicas tend to be harsh and sterile sounding, Krytical Mass™ is able to capture the aggressive yet warm & organic edge of the original Brassmaster using a unique complement of EQ and voltage manipulation controls.
One of the great mysteries of the Brassmaster is its unmarked transformer and how it was wound. Analysis suggests that this component may have actually been wired with negative polarity, so Krytical Mass™ includes a switch to toggle between positive & negative phase wirings for additional tonal options.

Also on board are selectable HP, LP and BP filters with adjustable midrange to fine-tune Krytical Mass™ to your particular tonal tastes.

Fuzz sensitivity of Krytical Mass™ can also be controlled via external EXP pedal for dynamic manipulation of the fuzz to create synth-like drive swells and other interesting effects.

Set off your own nuclear chain reaction with Krytical Mass™ - only from Totally Wycked Audio®! 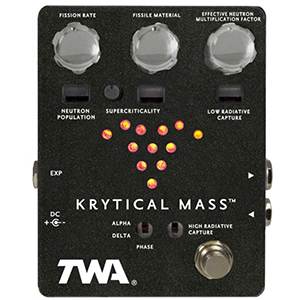