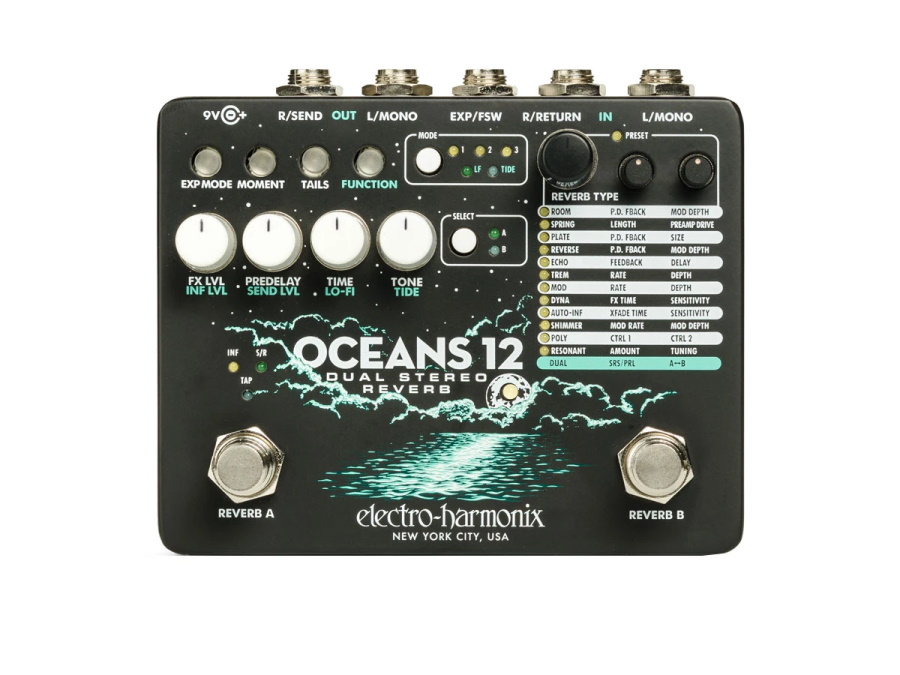 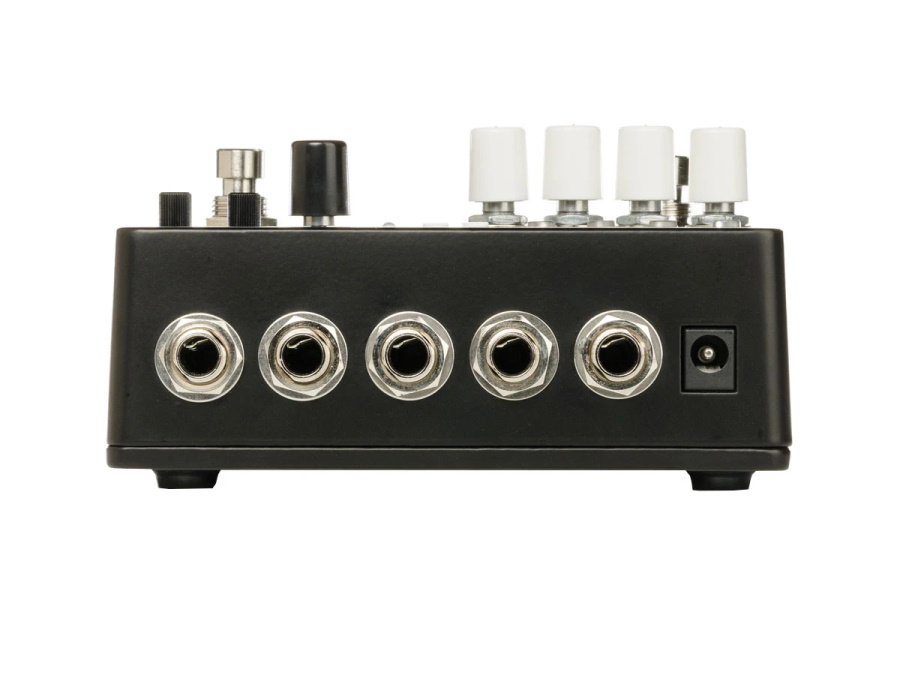 A Tails switch provides a choice of whether the reverb effect fades out naturally or stops immediately when the pedal is switched to bypass. In most settings the pedal is also capable of producing infinite reverb which can be played over with a different reverb effect. 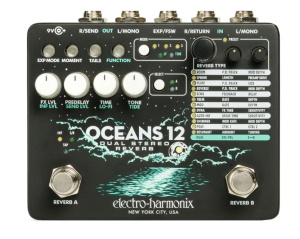