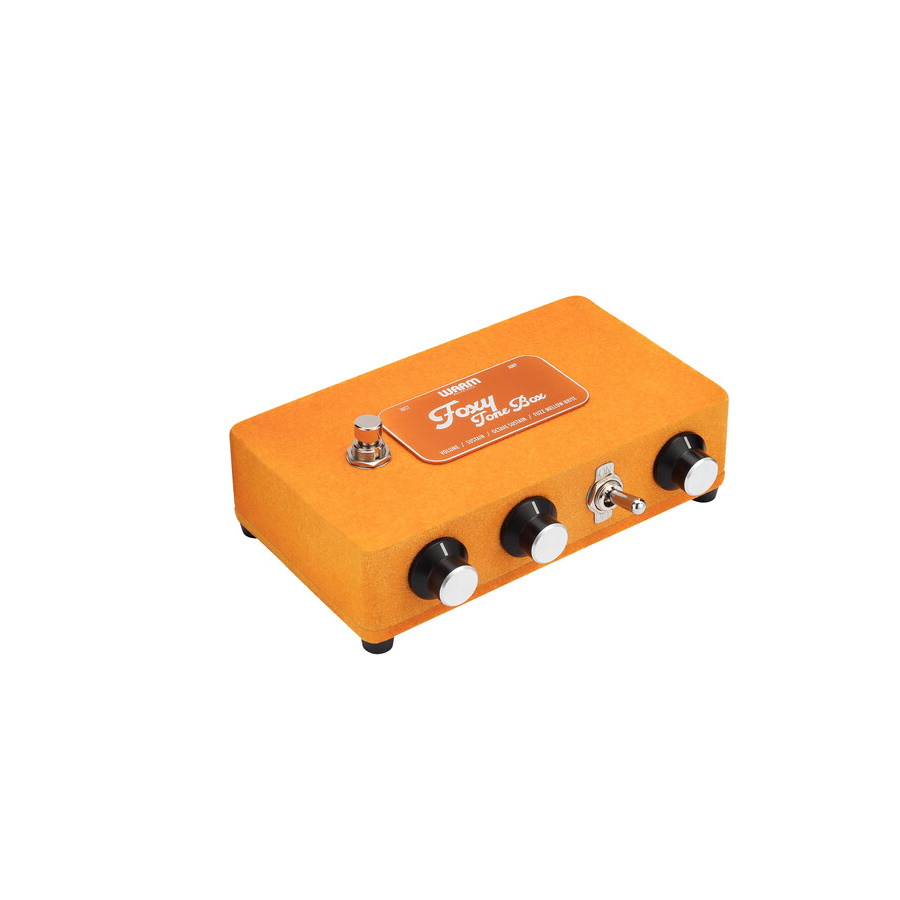 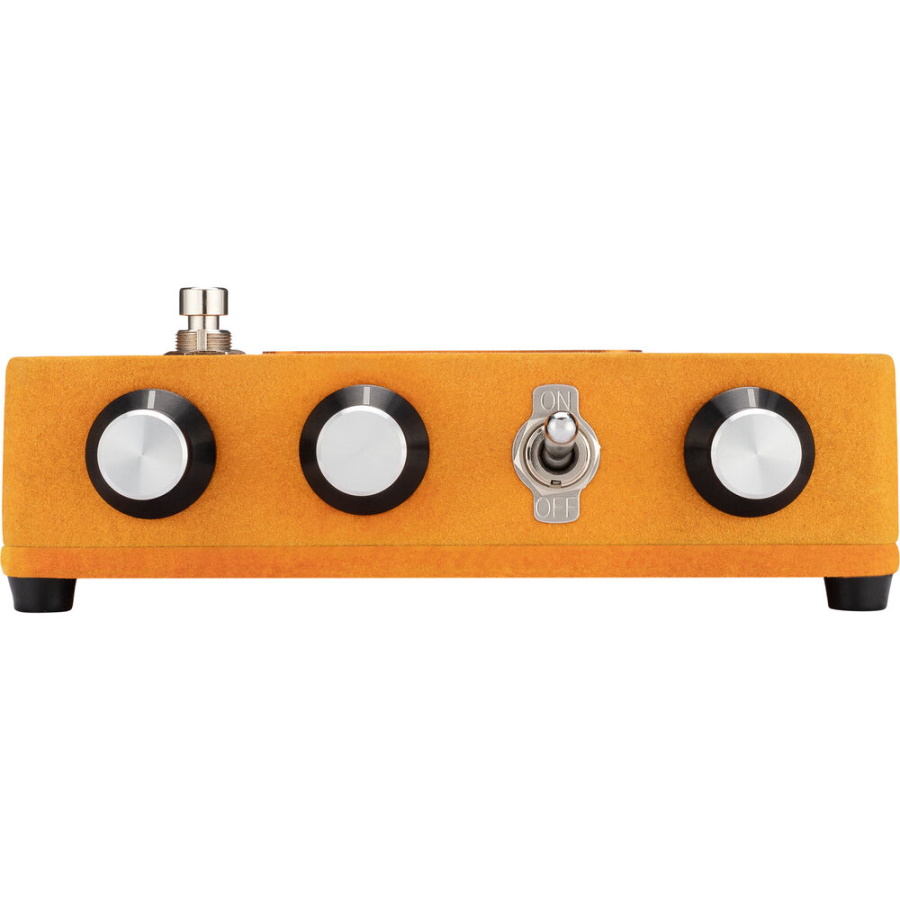 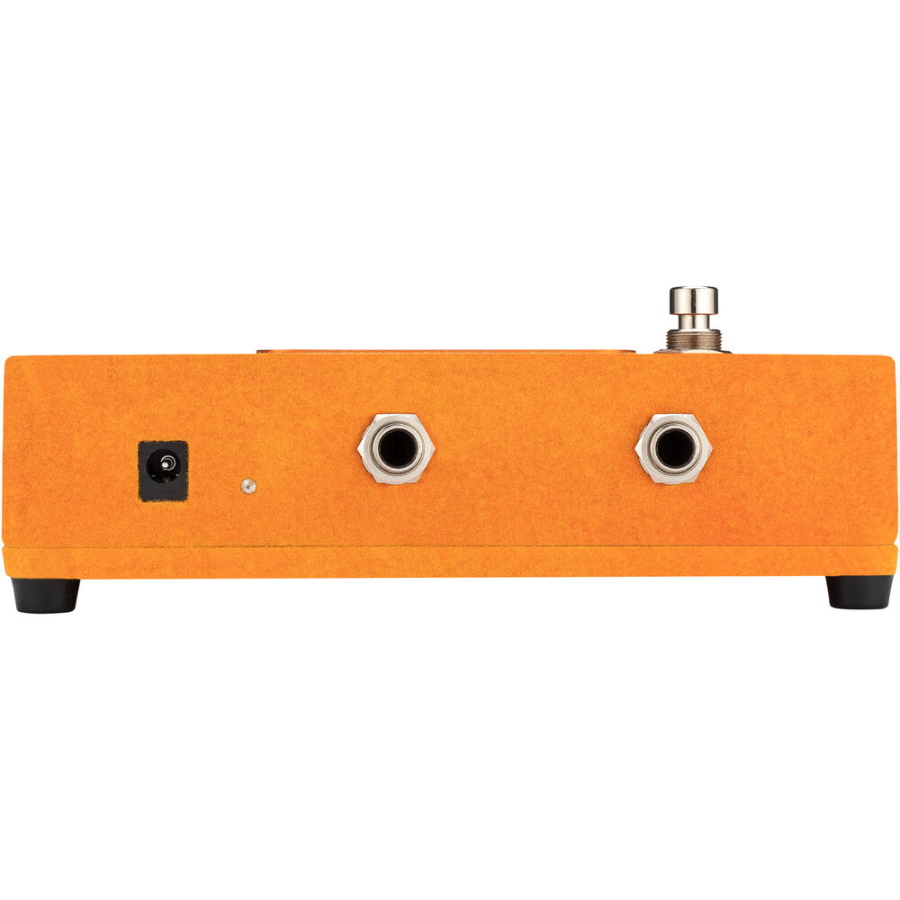 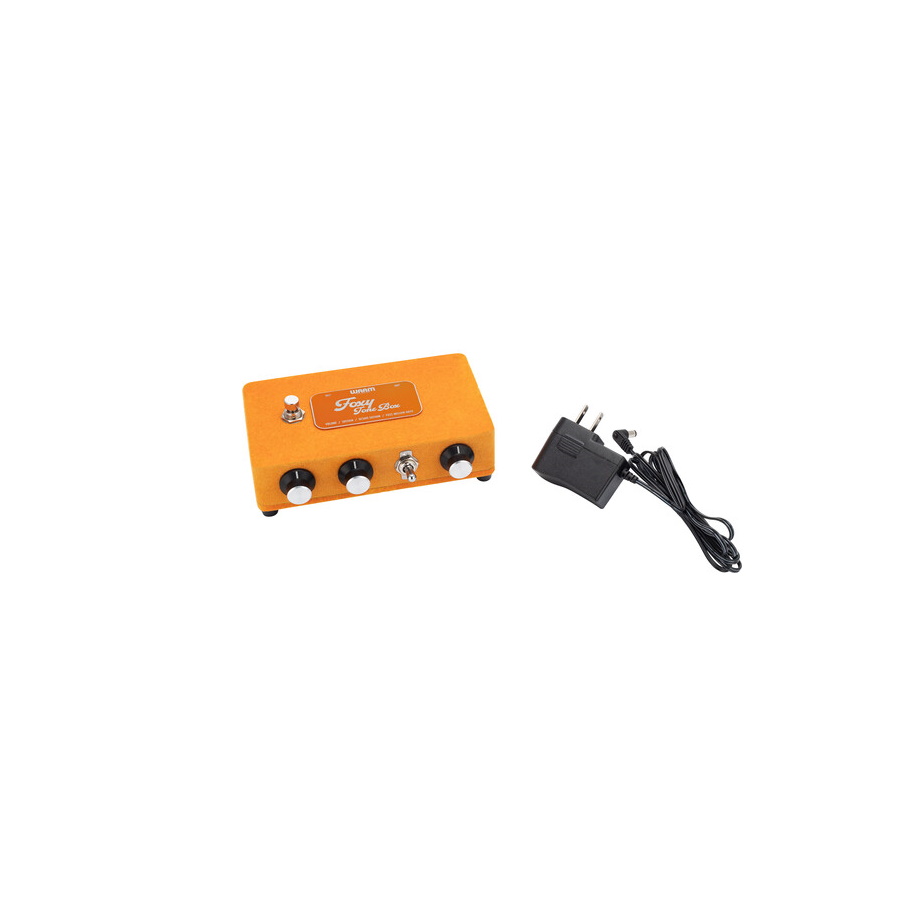 The Foxy Tone Box from Warm Audio is a hyper-accurate recreation of one of the most sought-after and beloved fuzz pedals of all time -- used in the early seventies by legendary tone masters Billy Gibbons and Peter Frampton, and in the present day by folks like Adrian Belew, Nine Inch Nails, and Beck. Covered in thick velvet just like the vintage pedal, the Warm Audio Foxy Tone Box faithfully recreates the vintage circuit and brings you the huge tone, octave-up sounds and look of the original -- without the vintage price tag!

Serious Attention to Detail
The specific components used in a pedal circuit are critical to the way that it sounds and reacts to your playing, so each Foxy Tone Box is assembled by hand using premium parts. Warm Audio engineers searched far and wide for a stash of the correct NOS ("New Old Stock") Fairchild germanium transistors used in the original-and then paired them with germanium diodes, high-watt carbon resistors, and film capacitors to bring the fury of the vintage pedal to the present day. It's true bypass, and it sounds like nothing else on earth!

Fuzz It Up
Just like the original, the Foxy Tone Box features controls for Volume, Sustain, and Fuzz (from "Mellow" to "Brite"), along with a switch to engage the pronounced octave effect. From mellow and subdued crunch to all-out searing fuzz and everything in between, this pedal is a virtual library of dirt encased in orange velvet!

To get started, keep the Octave switch off and roll the Fuzz to the "Mellow" side for warm, square-wave distortion. Then engage the Octave effect, crank the Fuzz to "Brite", and increase the Sustain for maxed- out, hyper-compressed tones that are barely hanging on for dear life! Electric guitar is the obvious application, but try it on synthesizers, drum machines, bass, acoustic/electric, and more. If you can plug a cable into it, the Foxy Tone Box can add character you just can't get anywhere else.