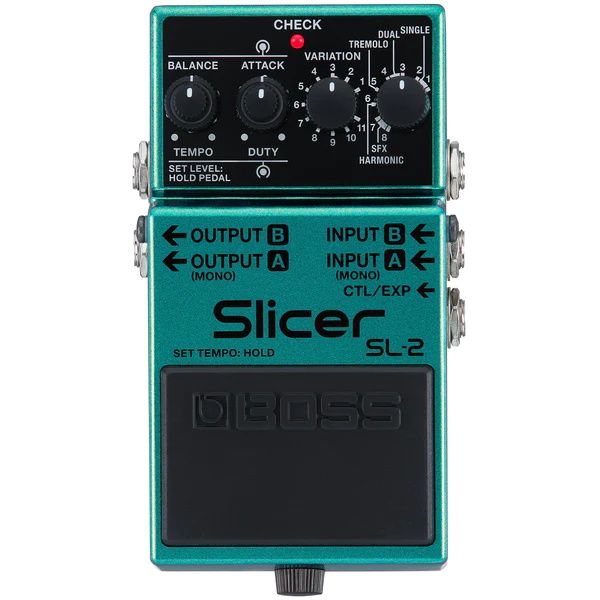 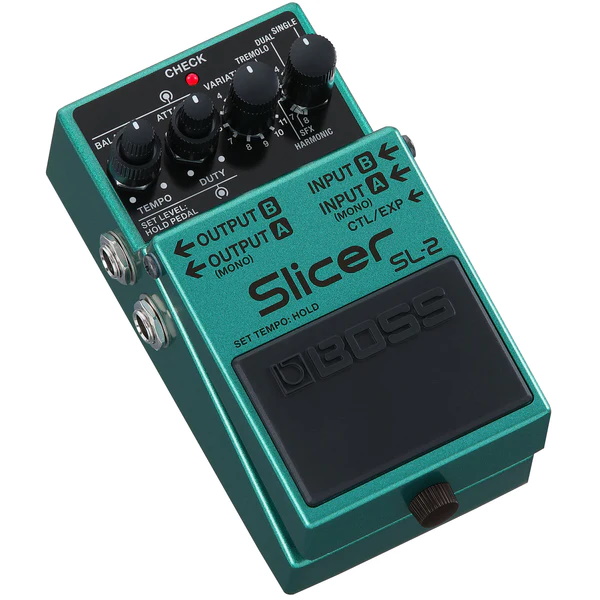 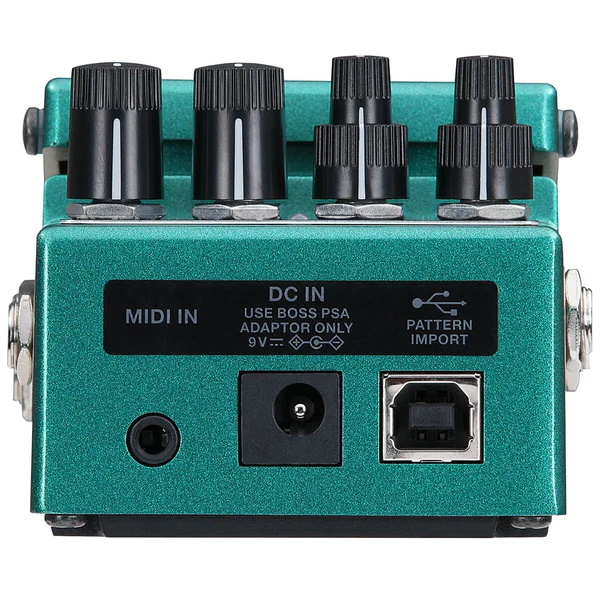 New Product! Coming Soon... Check back later for the arrival of this new item

The SL-2 Slicer is Boss's new take on their classic rhythmic chopping effect—turning any sound into an onslaught of synth-like percussive patterns. Based on their cult favorite SL-20 Slicer, the SL-2 takes all the same concepts and packs them into a classic Boss single pedal enclosure, providing an insane effect into a pedalboard-friendly footprint.

The SL-2 works by using a bank of patterns to rhythmically chop the volume of your incoming sound. Think of it like a tremolo, but much more aggressive and "artificial." It works great with guitar, synths, drum machines, and basically anything else you can plug into it; and with mono or stereo input and output, it'll make a perfect addition to any musician's setup.

Much of the SL-2 Slicer's magic is about the stereo field: in fact, it offers seven distinct stereo output modes to help determine how your rhythmic slices are distributed across space. These include standard fixed and EFX/direct modes, but also include random panning, ping-pong, auto, 3D Cross, and 3D rotation modes for an ear-bending sense of space and motion.

SL-2's patterns are organized into eight modes with eleven variations each—from simple single and dual chops to more typical tremolo, peculiar filtered "harmonic" chops, and SFX modes with pitch shifting and more. Additionally, you can adjust the abruptness of the chops using the Attack and Duty controls, allowing everything from subtle rhythmic swells to in-your-face glitches and stutters.

Additionally, you have tap tempo, an expression pedal/footswitch input, and external MIDI control (offering both clock sync and CC-based parameter control). You can also connect to the BOSS Tone Studio app to load alternate patterns. The original SL-20 has had tremendous staying power even since its discontinuation, and the SL-2 picks up right where it left off: adding extended control in a refined package sure to turn countless musicians' setups into stuttering, glitching, stereo rhythmic madness. 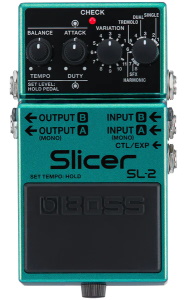