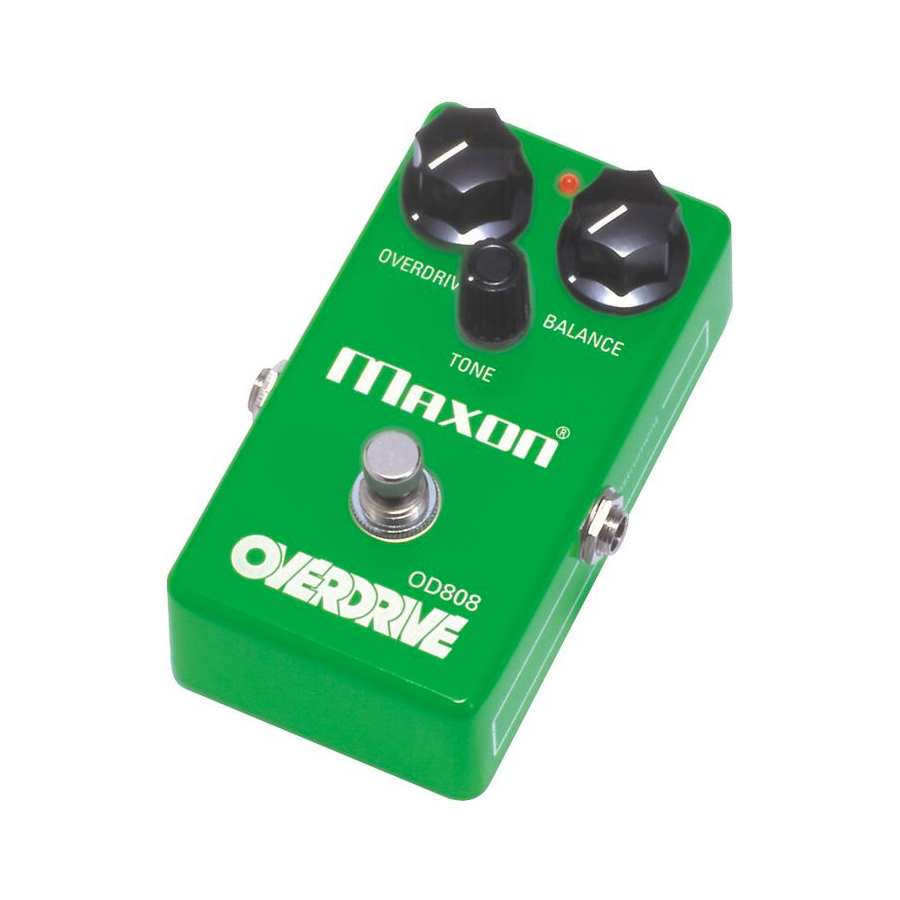 Originally released in 1979, the OD808 was one of the first tube-amp overdrive simulators to hit the market. Its smooth, creamy crunch tone caught on quickly, and helped to launch a long line of predecessors as well as imitators. Today, the OD808 design is without a doubt the most used, most imitated and most lauded overdrive circuit of all time.

The reason for this is simple ­ tone. Simply put, the OD808 provides the natural, mild overdrive of a tube amp without sacrificing your guitar's original tone. In addition, it can be used as a clean booster to provide increased gain without compromising the sound of your amplifier.

The secret behind the legendary "808 tone" lies in the amplifier section of its circuit. Rather than having an amplifier stage followed by a clipping stage, the OD808 uses a signal-distorting diode (Panasonic #MA150) that is located in the amplifier stage's negative feedback loop (which also contains the JRC4558 IC chip). Therefore, the OD808 distorts signal in the amplifier circuit itself which yields a smoother, milder, more natural sounding distortion than a separate clipping stage. This is also the reason that the IC type used in the circuit has such a large impact on the unit's tone. Maxon developed this unique design more than 20 years ago, and while it is commonplace nowadays, back then it was an industry first.

It should be noted that the Reissue Series OD808 uses different output resistors than the original version. After the unit's initial release it was discovered to have a high susceptibility to noise due to static electricity buildup. To improve performance, the positions of the output resistors on the reissue OD808 were reversed and their values increased in order to reduce noise levels. This circuit change has no audible affect on the sound of the unit, save for reducing the noise levels.

Whether it's used as an overdrive or a booster, the Maxon OD808 is the closest you can get to the classic sounds of 1970's rock guitar in a compact effect pedal. 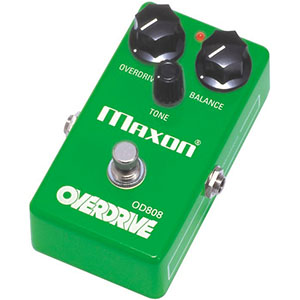