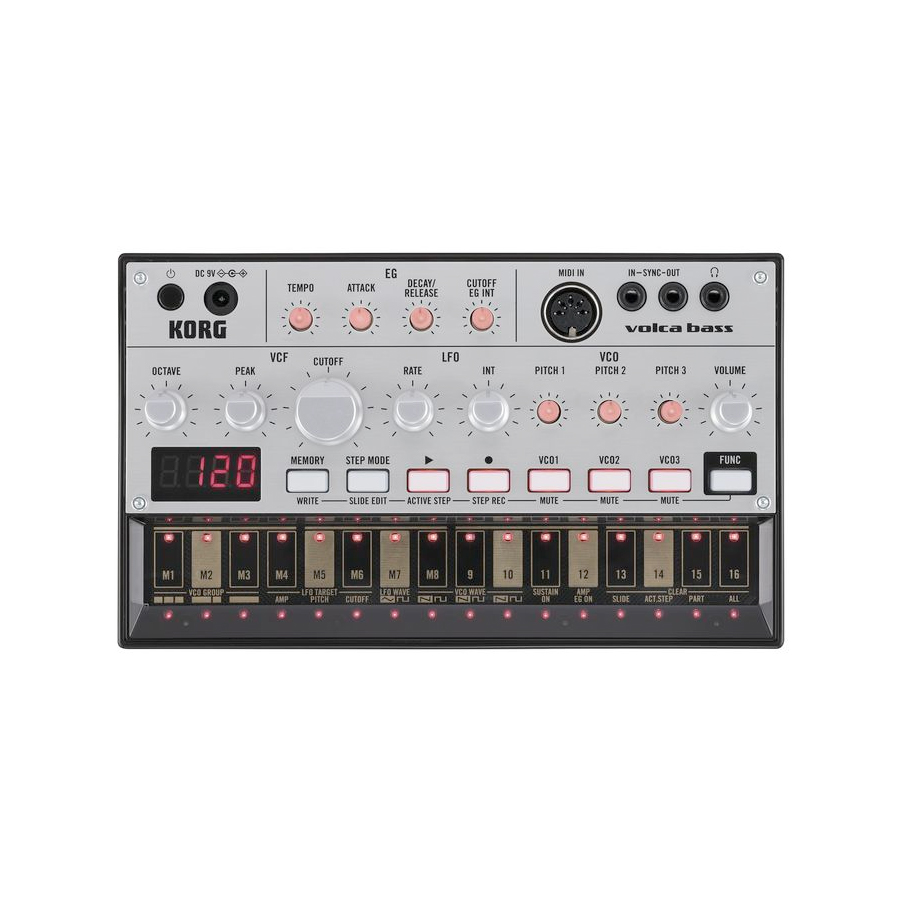 Following in the footsteps of the monotron, monotribe, and MS-20 Mini analog synthesizers, Korg announces the Volca series. volca is a new lineup of EDM production tools. These powerful and fun-to-use true-analog devices deliver a diverse array of fat sounds that can be obtained only from an analog synthesizer. Each is also equipped with sequencing/recording capabilities for intuitively generating performances. Multiple volcas can be used in tandem via the vintage-style sync in/out, and with your favorite DAW software or MIDI keyboard via MIDI In. Battery operation and built-in speakers mean that you can conveniently play anywhere and anytime. These are the next-generation analog synthesizers, bringing you the ultimate sounds and grooves with ease and depth. Whether used together or by themselves, the volca series is poised to inject true analog power into any performance or studio setup!

Aggressive sounds that stand up to the drums; fat sounds that support the rhythm; funky sounds that generate a groove - the volca Bass is an analog groove box that has what you need for a wide range of bass lines.

Although simple in structure, the analog sound engine has an unmistakable presence with subtle nuances that cannot be reproduced by a digital simulation; it's a great choice for acid house and many other styles of music. The step sequencer distilled from the Electribe is not only visually intuitive; it's also a powerful way to generate "free form" bass loops that will stimulate your inspiration.

The MIDI IN connector lets you synchronize with other devices, as well as play the volca from any MIDI keyboard. You can also send note messages from your DAW and use the volca as an analog sound module.

Self-tuning function (Volca Bass and Keys only)
Until now, the problem with analog synthesizers has been that the pitch would drift over time, or because of changes in temperature. Volca solves this by providing a Self-tuning function that constantly tunes the oscillators. You'll never need to tune during a performance, or wait for the pitch to stabilize after turning the power on. 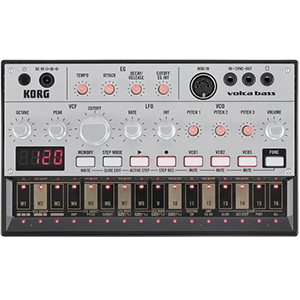