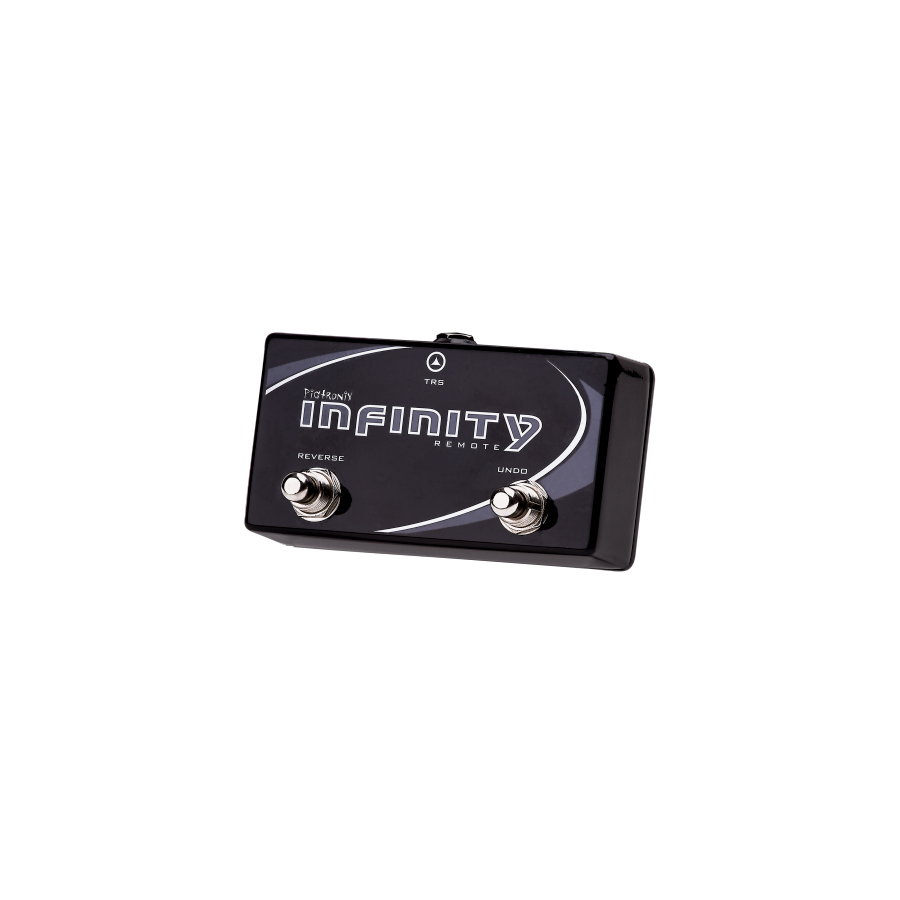 The Infinity Remote Switch is a dual momentary switch designed to compliment the Infinity Looper pedal. Unleashing the full potential of the Pigtronix Infinity Looper, this compact remote switch provides access to UNDO / REDO and REVERSE functionality as well as a few other hidden features.

UNDO / REDO
When an overdub is in the process of being recorded (Loop LED is orange), pressing the UNDO switch will cause the Infinity to permanently erase that overdub at the end of the current loop cycle. Any material from previous overdubs that has already been merged with the initial recording will not be undone.

When an overdub has been recorded and closed (Loop LED is green), pressing the UNDO switch will remove that overdub instantly and retains the overdub for REDO if desired. Any material from previous overdubs that has already been merged with the initial recording will not be undone.

Once you open and then close a new overdub, the previous overdub layer will be merged with the base layer at the end of the current loop cycle and can no longer be undone.

Once an overdub has been closed and then "undone," it can be put back instantly by pressing the UNDO remote switch once again. You can UNDO / REDO an overdub as many times as desired.

Rec –> Overdub –> Play:
- In response to numerous customer requests, we have implemented a feature that allows you to go directly from recording the base layer, straight into overdub mode. Once you have started the base layer recording, simply press the UNDO switch to close your initial loop and go straight into playback with overdub active. Press the appropriate Loop footswitch as you normally would to close the overdub when desired and begin regular playback.

Instant Clear:
When one or both loops are stopped, hitting UNDO will trigger an instant erase of the currently armed loop. This lets you simply leave the unit in ALL mode and retain the option to clear individual loops by pressing the UNDO switch after the desired loop has been stopped. 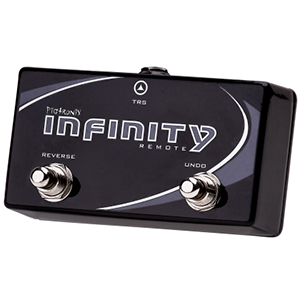